Why are women leaving medicine?

Equal numbers of men and women are entering medical schools, yet the majority of doctors are male, a finding reiterated by theMedical Economics 88th Physician Report.

According to the latest findings, 69% of physicians were men. This aligns with similar studies, including national statistics for 2016 by the Kaiser Family Foundation which puts the number at 66% male physicians of a pool of more than 926,000 MDs and DOs.

Health policy experts say that even with more women entering medical school, it is still crucial to address the stresses female physicians face throughout their careers-such as the pay gap, returning to medicine and burnout-to keep them in the profession.

There is no concrete data, however, to indicate when women are leaving medicine- just that they are leaving at some point due to stressors as well as to raise children, pursue different career paths and other reasons.

It will take time for the numbers of physicians in practice to equalize, considering that medical schools in previous decades have been mostly male, says Kim Templeton, MD, president of the American Medical Women’s Association.

“Now that we’re half of the medical school class, it just takes a while, but that’s assuming that everyone is going to stay in healthcare, and that can be a bit of challenge,” Templeton says.

In the Physician Report, when asked “what do you consider to be the biggest issue(s) facing primary care right now?” 71% of female practicing physicians cited physician burnout, compared to 64% of men. All physicians experience burnout, but Templeton says it is more common for women.

Burnout happens for a number of reasons, but if a woman also starts out making less annually for doing the same work as her male counterparts, she starts to question the situation, explains Theresa Rohr-Kirchgraber, MD, executive director of the Indiana University National Center of Excellence in Women’s Health and a practicing internist.

Burnout increases if a woman doesn’t feel as well respected, she says, which includes financially. According to research published in JAMA Internal Medicine last year, there is a gender pay gap of roughly $20,000 on average for academic physicians.

One of the most common causes of burnout occurs when someone feels they lack control over their work environment, Templeton says, and that’s a major complaint among female doctors.

Burnout can also lead to depression and substance abuse in some cases, Templeton notes, and sometimes even to suicide. Research published in the journal Psychiatry in 2009 indicates that suicide rates are higher among female physicians than male physicians.

“This is not an insignificant issue,” she says. “So I would say for an individual woman experiencing burnout, seek help, find help. Talk to other people because half the other people around you are feeling the same way.”

In addition to the pay gap, Rohr-Kirchgraber says, female physicians, like most women, take on additional work at home. “Whether you’re a mom or whether you don’t have kids at all, the majority of the household chores are usually done by the woman and that’s on top of everything else, and so burnout increases because we’re trying to do everything,” she says. “It’s just not possible sometimes.”

Next: Returning to practice

As for the job-related obligations, female doctors aren’t impervious to the burden all physicians face to do more and see more patients, Rohr-Kirchgraber says.

“At the end of the day, the one who’s spending the longest time there is me,” she says. “When the computer doesn’t work properly, when the electronic medical record doesn’t work properly ... I’m the one that’s there answering those phone calls-not those administrative bean counters who are telling me see more, do more.”

For female doctors who take time off from medicine for a life event such as childbirth and raising young children, the transition back into the field can be daunting, Templeton explains.

The re-entry process “isn’t as easy as ‘I’m going to raise my child, get them through four or five years of life, and then go back and get my medical license and jump right back in where I left,’” she says.

While laws vary from state to state, the returning physician will likely be required to take a skill, safety and competency evaluation after approximately two years out of practice, and could then need to be monitored by another practicing physician for a period of time. “This is not an easy thing to go through,” Templeton says, citing the time and money needed to travel to the testing centers and pay the fees, estimated anywhere from $7,000 to $20,000.

“At times, it can be prohibitively expensive,” she adds. “Especially if you’ve been out of practice, you might not have the financial reserves to be able do this.”

Blog: Why do women physicians experience burnout more than men?

Women might leave practice entirely following childbirth, but Templeton notes that they also pursue other health industry professions such as medical writing or working for an insurance company.

In the Medical Economics Physician Report, when asked “if you could go back in time and choose your career again, would you choose the same specialty, a different medical specialty or a different career,” 25% of female physicians responded they would choose a different career, compared to 18% of males.

In addition to leaving medicine, job dissatisfaction can also lead women to work part time, she says. “I think we definitely lose a lot of great potential by not developing that potential and not seeing it for what it is,” Rohr-Kirchgraber says.

Recent research published in JAMA Internal Medicine shows that women provide a higher quality of care than males, with 32,000 fewer mortalities a year among patients under female care.

Templeton sees issues like burnout and re-entry into medicine as fixable. Figuring out how to tackle these problems should take place at a national level, within professional groups and locally within institutions.

The American Medical Women’s Association is focusing on burnout and re-entry into medicine at the annual meeting as well in future projects.

Joining a women’s group, finding a mentor, and reaching out to women colleagues are some possible avenues for finding support in confronting these issues, Rohr-Kirchgraber says.

For the future, she says she is hopeful for the outlook of women staying in the profession. “I think is helpful because we learn from each other so much,” she says. 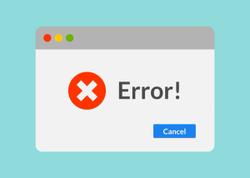