The annual conference of the Medical Group Management Association kicked off October 13 with a presentation by Louisiana Sen. Bill Cassidy

The Medical Group Management Association (MGMA) kicked off their annual conference October 13 in New Orleans with a bit of local flavor as U.S. Sen. Bill Cassidy, MD, spoke during the conference’s kickoff.

Cassidy began his speech after MGMA Board Chair Todd D. Grages, MSBA, ACMPE, and CEO Halee Fischer-Wright, MD, greeted the crowd and spoke about the conference’s goal to “ignite excellence.”

The senator, a Republican and gastroenterologist, started his remarks by urging physicians and others in the healthcare industry to bring their expertise into the political realm.

“My premise is that, unless we in healthcare, physicians and those who are so familiar with healthcare systems such as you, bring our expertise to the public policy debate, we’re going to end up with public policy that does not work,” he says. “But if we do, we end up serving our patients and our profession in a different way, but in an incredibly powerful way.”

He said that the issues of high cost of healthcare stretches across both sides of the current extreme political divide, saying that both President Donald J. Trump and Democratic presidential candidate Bernie Sanders are both trying to attack the problem of providing quality, affordable, sustainable healthcare from different angles.

Cassidy said that he believes Medicare will go bankrupt in eight years.

“Clearly Medicare gives access to quality affordable healthcare, but if you go bankrupt it is ultimately not affordable,” he says.

Cassidy expressed his distaste for the Democrats’ calls for Medicare for All and pushed for market-based solutions, decrying the “silo-ization” of care.

He spent a majority of his presentation speaking about surprise medical bills and told an anecdote about how he was preparing to get a colonoscopy when he was presented with a document to sign saying he would be liable for any costs not covered by his insurance.

“What a time to ask me, right?” he says. “I’d taken the prep, my wife had left to get a cup of coffee. I could have walked home, she had my clothes. There goes my re-election, so of course I signed it.”

Cassidy says this highlighted how even “sophisticated” people can be surprised by these issues. He also compared and contrasted the Democratic bill in House of Representative seeking to end surprise healthcare bills with the proposal he supports.

The bill Cassidy signed onto is based on the New York law governing out of network billing. If the physician or hospital is paid by the insurer less than they think is fair the two parties negotiate and if the negotiations break down the claim then goes to arbitration with the loser paying the arbitration costs.

Cassidy says he believes the issue of surprise billing will be worked out by the end of the year.

Other topics Cassidy touched on in his remarks included: 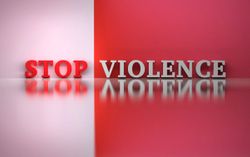 MGMA 2020: How to prevent workplace violence in your practice

MGMA 2020: How to improve patient engagement through financial information