We need to focus on female health

In this podcast, we spoke with Lisa Larkin, MD, on the need to focus on women's health in medicine.

In this podcast, we spoke with Lisa Larkin, MD, on the need to focus on women's health in medicine. The transcript for the conversation is below.

Lisa Larkin, MD: The first part of my career when I went to Cincinnati I was at UC (University of Cincinnati) from 1991 to 2002.  And during that period of time it was very clear as a female internist that there were areas in women’s health and my female population kind of grew organically.

RELATED READING: Focusing on the health needs of women

And in the beginning I was teaching medical students and residents, I was doing diabetes, I was doing the AFib lecture, I was doing general attending on the wards, but it became really clear that there was a niche in women’s health that was being underserved, under met, and just by being a female internist I had the opportunity to kind of grow that part of my segment of my patient population.

And the other thing for me, truthfully, I’m like the biggest advocate of NAMS [North American Menopause Society] out there. Like I can’t say enough good things about NAMS. The first NAMS meeting I went to was 1999, probably, [and] I immediately decided I wanted to get certified. It was a smaller organization where there was a smaller body of information that I could really become an expert in and really develop a niche in an area where there was clearly an unmet medical need.

Next: Recruiting women for a cause

And between 2002 and 2012, when I went back to UC-so I had 10 years in private practice. I started solo, and added female providers. So I had been at UC teaching residents for 10 years before that, and knew a lot of the residents who were going out.  And one of the things that exists in medicine, and not just at UC but across the country is…women in the childbearing years who typically want to have a little more flexible schedule and work part-time, often in the academic environment or any roles as physicians that’s not very supported. They’re considered to be less committed, costly to the system.

So I had this practice and I said, ‘I love women. If you’re committed, you want to work part-time, I can figure out how to do that for you.’ And I got all my residents back so I ended up having four primary care providers, all part-time, all raising kids. I actually hired a physician’s assistant who ended up having four maternity leaves with me, and then two part-time gynecologists who had young kids. And built, over 10 years, this multi-specialty practice that was a really traditional practice for the time. I contracted with managed care, I was in Medicare, I went from the small space where I started to build a second space that was much larger, almost six thousand square feet.

CHANGEMAKERS IN MEDICINE: Shining light in a dark place

I started having subspecialists come in, a cardiologist, a GI, an integrative medicine person, I recruited a breast surgeon to the same building. I really built this multispecialty concept for women. And I have to tell you, it was hugely successful.

LL: February 2014. Well, it was a long, hard journey. Bilateral mastectomies. Emergency back surgery three weeks after my mastectomies, which delayed my start of chemo for another six weeks. Six months of chemo, six weeks of radiation therapy, after that a couple revision surgeries for my implants. Yeah. Big tumor, multi-focal tumor, one positive node, I had to get chest wall radiation, too.

I didn’t actually open the practice until September 2016. I got married that summer and moved into a new house with my now husband who has four kids, so we have a blended family of six kids. And I really spent the summer trying to figure out how I was going to do this this time around, and what I wanted to do and what I really believed in. 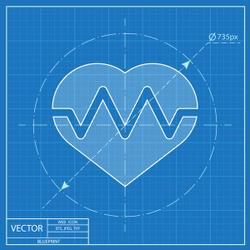