Robert Busch, MD: It’s everyone’s responsibility. Whose responsibility is for the statin? If I see the cardiologist’s patient and I want to be more aggressive with their lipid management, I’ll do it and put it in my note to them and vice versa. If the cardiologist is seeing my patient, I hope they would be aggressive and initiate the SGLT2 if it helps the patient. Whoever is lucky enough to see that patient should do it and not keep putting it off, otherwise the patient suffers.

Muthiah Vaduganathan, MD, MPH: I completely agree. The overlap and these disease domains are so far-reaching that every clinician should become comfortable with initiating, continuing, and managing SGLT2 inhibitors. Specifically, similar to statin and ACE inhibitors and ARBs, the indications are so frequent, we need to identify patients who don’t meet indications for starting these therapies. Because of that and the cost implications of the system, we need to think broadly about first making sure our highest-risk patients are on therapy: those at risk for early progression or who have already established disease.

Unfortunately, there are large gaps there that still need to be filled, and earlier on in the disease. For instance, type 2 diabetes with multiple risk factors. For instance, with a naïve patient with type 2 diabetes who’s newly diagnosed, it’s difficult to understand where SGLT2 inhibitors should fit in. Once they become more affordable and accessible on a broader scale, we can think of them similar to statins and ACE inhibitors, so most of us feel comfortable starting them in patients most at risk for progression.

Dhiren Patel, PharmD, CECES, BC-ADM: Speaking of ACE and ARBs, those are the traditional ones we’ve used. We have the SGLT2 class now, and Dr Busch, you mentioned we have other ones in the pipeline, such as finerenone. How do you start to incorporate these additional classes? I’ll be honest. When you put a patient on an ACE or an ARB, I’m documenting in my notes and it says patient is on maximum tolerated ACE or ARB, blood pressure is rate limiting, potassium is maybe a rate-limiting step, and that’s where we stop. In many cases, I don’t know if we even check the follow-up after that, because what’s the point? As you mentioned, we could probably count a handful of times you order 1 to begin with.

What do we do now? Do we start thinking of it like diabetes, where there are multiple medications and we’re trying to hit the different core defects of the ominous octet in different ways, the same way we have heart failure and these 4 pillars? What are your initial thoughts in any best practices that we can think of as we add more tools in the toolbox from a CKD standpoint? Dr Busch, I’d like to start with you.

By doing that, we found a lot of patients who had high urine microalbumin. We wouldn’t have known they had it because they were on the RAS and the clinician thought, “I’m protecting their kidneys. I’m not going to give an x-ray dye. No NSAIDs; they’re on a RAS. Goodbye, I’m done.” The other frustration is they weren’t on maximal dose of RAS. We have our PharmDs enforce this to maximize the RAS if it’s possible if the potassium isn’t going up and the blood pressure isn’t too low.

When you add an SGLT1, you might lower the blood pressure a little. First, if they’re on a thiazide, I usually get rid of the thiazide. The SGLT2 has blood pressure efficacy similar to a thiazide diuretic; not like a loop diuretic, which has more diuretic effect. If their blood pressure is lowish to start with, I might move the RAS blocker to bedtime to make room for the SGLT2 so it will have that much of an antihypertensive effect. The other thing is the creatinine can bump a little. You get the GFR [glomerular filtration rate] dips a little, and it stabilizes. Just as we lived through this with RAS blockers that you tolerate a 30% bump of creatinine, it’s a similar rule of thumb with an SGLT2. Don’t worry. People who know they have kidney disease get very worried if their GFR drops an iota. If the GFR goes even from 45 to 43 mL/min, they’re worried. “Oh my god, I’m heading to dialysis.” You have to reassure them that it drops and then stabilizes.

Muthiah Vaduganathan, MD, MPH: That point needs to be reinforced over and over again. That correction of hyperfiltration is the core defect that’s corrected for each of these therapies: the renin-angiotensin system inhibitors, the SGLT2 inhibitors, and the selective nonsteroidal MR antagonist. The correction of hyperfiltration all leads to a predictable decline in eGFR [estimated GFR] early on therapy and then stabilization. That can almost be a pathway because initiation of each is going to result in almost identical eGFR dips. That should be an anticipated dip that shouldn’t lead to any clinical action.

In fact, in many cases, especially for the SGLT2 inhibitors, there may be little rationale to do follow-up testing of a basic metabolic panel early after initiation because they, unlike renin-angiotensin system inhibitors and finerenone, do not have a hyperkalemia risk. In fact, they help lower hyperkalemia. Because of that, the rationale for checking a laboratory result that you’re not going to act on is a little uncertain. In my practice, I waited with patients with chronic kidney disease especially, allowed the eGFR to stabilize and then, at their next clinical appointment as a part of routine care, I checked laboratory studies.

Dhiren Patel, PharmD, CECES, BC-ADM: That makes a lot of sense. I started explaining it to the patients the same way when we use multiple diabetes medications to attack the problem, the same way you use hypertension medications. You might be on 2 or 3, and now we’re starting to do this. We didn’t have those options, but now that we do, it’s another great advancement in the CKD arena and also for our patients.

Management of Diabetes and Renal ImpairmentAround the Practice 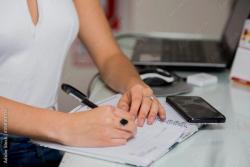