Survey: 1 in 7 physicians use alcohol, drugs while on the job to cope with stress

Peer and family judgment, and possible license loss, deter some from seeking help.

One out of seven physicians admitted to consuming alcohol or controlled substances while on the job to cope with stresses of work, according to a new survey.

The figure was part of the study “State of Mental Health: American Healthcare Workers Report,” commissioned by Edwards, Colorado-based All Points North (APN), a recovery and rehabilitation firm that specializes in treating health care workers. The survey of 1,000 health care workers found 21% of physicians, or more than one in five, consume alcohol or controlled substances multiple times a day and 17% reported using at least once a day.

The results indicate “high levels of substance abuse, an acute mental health crisis, and stigma within the healthcare industry,” APN founder and CEO Noah Nordheimer said in the report.

The survey, conducted in July, examined the prior three months. Among the respondents, one in five (20%) had checked into a rehab or detox facility in the last three months, but 14% said they did not want to admit they had a problem. In not seeking help:

The study found a difference between male and female workers, with 58% of male health care workers reporting they were at their breaking point or were looking for a new job due to stress, burnout and trauma, compared to 45% of women. It appeared male health care workers were struggling with substance misuse more than female workers. Men were more likely to use positions in health care to acquire controlled substances, than women (21% compared to 4%).

Health care experts generally agreed workers were facing dangerous levels of burnout before COVID-19 spread and the pandemic made things worse. In the APN survey:

“The wellbeing and mental health of health care workers has been dramatically impacted by the pandemic, with many of them seeing more pain and death than ever before,” Nordheimer said in a news release. “This frequency and intensity of exposure is causing an unprecedented amount of trauma and stress, leading to high levels of burnout. The behavioral health care industry has been slow to innovate to meet the growing need for mental health care, oftentimes treating it as an accessory to health care. We must put mental health on par with physical health and make it a basic human right, indicator of overall health, and an industry standard.” 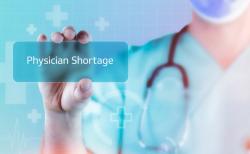 Supply, demand out of balance for primary care, behavioral health in cities across U.S.