RSV: What to know, what to look for, what to tell your patients

CDC, other experts are tracking increases in respiratory syncytial virus cases in infants.

Primary care physicians should be on the lookout for respiratory syncytial virus (RSV) as infections increase around the country.

In recent days, news outlets have been reporting on increasing RSV case counts at children’s hospitals. RSV infects the lungs and breathing passages and usually causes mild, cold-like symptoms, with most people recovering in a week or two, according to the U.S. Centers for Disease Control and Prevention (CDC).

However, “RSV can be serious, especially for infants and older adults,” causing bronchiolitis and pneumonia in children younger than a year old, according to CDC.

The CDC, American Lung Association (ALA), American Academy of Pediatrics (AAP), and other experts have published resources to help recognize RSV and treat patients with it.

RSV is out there

RSV in common – so much that in the United States, nearly all children have been infected by age 2. Each year, it causes about 58,000 hospitalizations among children aged 5 years and younger, and is estimated to cause about 14,000 deaths a year in U.S. adults aged 65 years and older, according to the National Institute of Allergy and Infectious Diseases.

In the United States, peak RSV season tends to be fall, winter, and spring. But there was a surge in summer 2021 and the Cleveland Clinic noted a bump in summer this year.

Who’s at risk among children?

Most healthy infants and young children with RSV do not need hospitalization, but children with underlying conditions are considered at high risk, according to CDC:

What to look for

AAP listed symptoms to look for.

With bronchiolitis, lower respiratory tract infection symptoms may include cold symptoms, along with:

Who’s at risk among adults?

According to CDC, those at high risk for severe illness include:

How long does it last?

Clinical symptoms of RSV are nonspecific and can overlap with other viral or bacterial respiratory infections. Several tests are available to confirm RSV infections, according to CDC.

“Both rRT-PCR and antigen detection tests are effective methods for diagnosing RSV infection in infants and young children,” according to CDC.

For older children, adolescents, and adults, highly sensitive rRT-PCR assays are commercially available for RSV. In all instances, healthcare providers should consult experienced laboratorians for more information on interpretation of results.

What are the treatments?

There is no vaccine against RSV and there is no cure for it. Acetaminophen or ibuprofen (for children older than 6 months) may help low-grade fevers, according to AAP.

The U.S. Food and Drug Administration has licensed palivizumab for reduction of serious lower respiratory tract infection caused by RSV. CDC cited the AAP’s updated guidance for using that drug.

How does RSV spread?

The National Institutes of Health notes RSV is contagious and it spreads:

How do we stop the spread?

CDC notes many of the measures that slow the spread of other contagious viruses also work against RSV. Tell your patients and staff to:

Flu activity ‘elevated’ across more than half the U.S., according to CDC 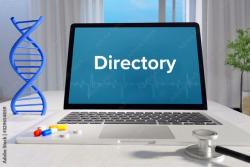