Prior authorizations and Medicare reimbursement: what you need to know

Prior authorizations and Medicare reimbursements are some of the most consistently cited sources of issues at primary care practices. Anders Gilberg, senior vice president of government affairs for the Medical Group Management Association, joined Medical World News® earlier this year to discuss his organization’s lobbying efforts in Washington, D.C.
The following interview has been edited for length and clarity.

Medical World News®: Your organization gave comments to the federal government on the state of prior authorization in (the United States) recently. Can you explain the issue?

The request for information was a little more technical, but it was on what can we do to automate prior authorization, which is important. The way we responded to it is that (automation) is one piece of an overall strategy we think would be effective at reducing the burden on medical practices with prior authorization. We don’t want to just make it easier and have more prior authorization. Ultimately, our goal is to reduce the number of situations in which a health plan is questioning the clinical judgment of a physician and making that judgment on behalf of patients. Reducing the volume of prior authorization in this country is our first priority.

With that said, we think prior authorization can be very helpful. Something our members often run into is that there’s not one standardized way to submit prior authorizations or additional information — maybe clinical information or chart information — to the health plans. There’s not one standard in this country, so each health plan thinks they have the best proprietary way to make it really easy. However, I’ll use myself as an example, if I had 20 separate websites to log on to and have passwords for every one of those websites, it quickly becomes burdensome. Each website may be efficient, but each one is different. I would lose track of those passwords and it would be a problem.

Now, medical practices are more sophisticated than I am in that regard. However, they may have contracts with 20 to 30 major health plans in their market, and if each one of those has its own electronic portal with a password, each one’s different. The way it works is you have to hire staff to go in there and learn each one of those processes, which is time consuming and redundant. Ideally, we’re looking for one standard and one way of submitting them, such as pushing a button or maybe having it integrated with an electronic medical record and the clinical record. We could provide the information health plans need but do so in a streamlined way that isn’t just multiplied by 20 and having that staff burden.

Overall, electronic prior authorization is something we’re looking for and advocating for. As part of our letter, we gave some recommendations on how to implement the electronic version of it without creating more prior authorizations. Ultimately, there are multiple situations in which maybe a physician who has high quality and low cost is already being measured on value by the health plan, and we want to exempt those physicians from prior authorization. If they’re in a value-based arrangement, they’re already incentivized to increase quality and reduce costs. They’re held accountable already. Why layer any additional type of utilization review from the health plan to just add burden on the practice?

It was a great opportunity to complement some of what we’re doing with Congress. I’ll also mention that we are supporting legislation, the Improving Seniors’ Timely Access to Care Act — if you’re interested in that Senate Bill 3018, or House Bill 3173. We’re promoting that legislation to reduce the number of prior authorizations and help physicians in value-based arrangements get out from under prior authorization and focus on, in this case, Medicare Advantage plans, where we see a lot of it, and really get the ball rolling with Medicare prior authorization reform in this country. Ideally, each year, we want to reduce that number our members are telling us. It’s disturbing that 80% of them said it increased over the past year, and we’re responding accordingly.

MWN: What is your organization’s position on the Medicare Payment Advisory Commission (MedPAC) recent recommendation on Medicare reimbursements?

AG: It was a bit surprising. It was disheartening and disturbing to hear MedPAC make that recommendation of a 0% update in 2023. The news almost came out the exact day we were getting CPI reports out of the government of (7% to 8.5%) increases in inflation.

Our members are reporting incredible problems. Recruiting staff is a big issue right now, and many of our practices in this current environment have had to limit their hours or close satellite locations because they do not have the clinical staff. It’s one thing if you have a doctor, but if you don’t have a team around that position to actually open up a medical practice to room patients (and) do all the things we all expect when we go to the doctor, then you can’t provide those services in the way you need to. It’s an incredible burden.

We want to make sure our members and medical practices across the country receive equitable payment from the Medicare program so they don’t have to limit the number of Medicare patients they treat. The last thing we want in this country is any kind of access problem for Medicare beneficiaries. It was concerning that MedPAC would say, “No, 0%. We don’t see any reason to update payments, even in this environment.” That’s definitely a concern. 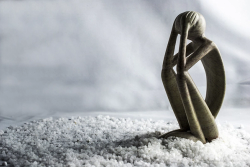 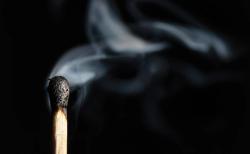 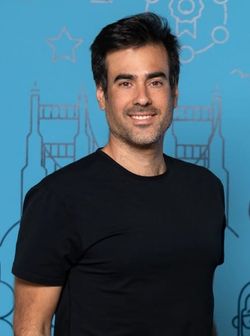