Private equity deals in the health care sector rose 56% in the 12 months through November 15, according to a report from PWC, with physician medical groups being a prime target. The driving forces are capital availability, regulatory pressures, searches for value, resilience imperatives, and evolving value chain power dynamics.

Long-term care was the most popular sector, but physician medical groups were targeted at a rate nearly double from last year – 400 deals versus 200 to 250 in the prior three years. More consolidation is expected if CMS payment cuts are instituted.

Private equity and corporate capital is plentiful and driving demand for assets, even though prices are high. Ongoing interest in the public markets is expected. For years, there were no pure health services IPOs, but 2020 saw two, and 2021 has seen eight. This count excludes SPAC-backed IPOs, of which there have been at least a dozen in the 12 months through November 15 — two were classified as megadeals, valued at $5 billion or more.
The level of megadeal activity indicates that deals will likely be plentiful going forward. While 2019 and 2020 saw just one megadeal each, the 12 months ending November 15 had seven non-SPAC megadeals:
• Four deals targeting the contract research or manufacturing space (all classified as other services, boosting that subsector’s total deal value)
• Humana’s acquisition of the remaining 60% stake it did not own in Kindred at Home
• Two deals related to Walgreens Boots Alliance: its divestiture of its Alliance Healthcare business and its increase of its stake in primary care-focused VillageMD

Health services deals could face more scrutiny and longer review times from regulatory agencies (both federal and state), given review backlogs and a July 2021 executive order that spotlighted antitrust enforcement of hospital consolidation, according to the report.

These developments — along with recent opposition from employees and communities against some mergers that led health systems to scrap deals — could reshape merger plans. For example, only the hospitals subsector saw a decline in deal volume in the last twelve months through November 15 compared with 2020. However, since health systems are still looking to achieve population health and financial goals, they may consider alternative alliance models. Venture funds also remain of interest. 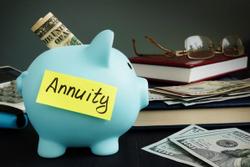