The American Medical Association (AMA) voted on a number of policies that touch on LGBTQ health issues and equality of pay during their interim meeting, according to a news release.

The association voted to support state and federal bans on conversion or so-called reparative therapy for sexual orientation or gender identity and will develop model state legislation and advocate for federal legislation to ban the unscientific practice.

AMA took the action after hearing testimony about the significant harms triggered by the therapy which include depression, post-traumatic stress disorder, and suicidal thoughts and attempts, according to the release.

“It is clear to the AMA that the conversion therapy needs to end in the United States given the risk of deliberate harm to LGBTQ people,” says AMA Board Member William E. Kobler, MD. “Conversion therapy has no foundation as scientifically valid medical care and lacks credible evidence to support its efficacy or safety.”

So far, 18 states and the District of Columbia have banned conversion therapy for those under the age of 18 and no states have banned it for adults, and the AMA agrees with medical experts that a lack of regulation of the practice opens the door to fraud, harm, and trauma for many patients in the U.S., the release says.

“The newly amended policy reinforces the importance of EHRs that contain inclusive information on transgender patients,” Kobler says.  “Without this information, transgender patients and their specific health care needs cannot be identified or documented, the health disparities they experience cannot be addressed, and the provision of important health care services may not be delivered.”

The amended policy aligns with recommendations from the World Professional Association for Transgender Health that medical documentation include this information.

AMA also adopted a policy that seeks to make sure medical students and residents are more equipped to handle the health issued related to sexual orientation and gender identity. It pushes medical education accreditation bodies to continue to encourage and periodically reassess education on health issues tied to these topics in the basic science, clinical care, and cultural competency curricula in medical school and residency programs.

“With research showing significant disparities among patients facing health issues related to sexual orientation and gender identity, it is important that our future physicians have the training they need to recognize these health issues and better treat their patients,” AMA Board Member Grayson W. Armstrong, MD, says in the release. 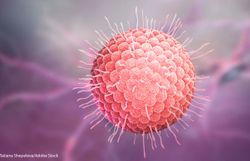 How physicians can bust myths about herpes