Bogus bills by Cigna Corp. led to the health insurance giant collecting tens of millions of dollars through the Medicare Advantage program, according to the U.S. Department of Justice (DOJ).

Although the complaint did not appear to include an exact tally, it stated Cigna used fraudulent billing to pocket about $61.8 million for 2014 and about $38.8 million for the first eight months of 2015. DOJ is asking the federal court for treble damages that would amount to millions.

“As alleged, Cigna obtained tens of millions of dollars in Medicare funding by submitting to the government false and invalid diagnoses for its Medicare Advantage plan members,” U.S. Attorney Damian Williams said in a news release. “Cigna knew that, under the Medicare Advantage reimbursement system, it would be paid more if its plan members appeared to be sicker. This office is dedicated to holding insurers accountable if they seek to manipulate the system and boost their profits by submitting false information to the government.”

It comes as the latest round of allegations and questions about insurance companies and Medicare Advantage, also known as Medicare Part C, to provide health insurance coverage for tens of millions of Americans who opt out of traditional Medicare. This month, The New York Times reported most of the large insurers in Medicaid Advantage have been accused of making patients look sicker than they are so the insurance companies can boost their pay.

The lawsuit alleges Cigna hired vendors to conduct home visits of patients who had Medicare Advantage insurance, as part of the company’s “360 comprehensive assessment” program. Nurse practitioners, physician assistants and registered nurses usually conducted the visits and used a “360 form” with a check-the-box, multipage list of medical conditions.

“CIGNA structured the 360 home visits for the primary purpose of capturing and recording lucrative diagnosis codes that would significantly increase the monthly capitated payments it received from CMS,” said a summary of the case from DOJ.

Cigna prohibited the vendors from providing patient treatment or care. The vendors did not conduct comprehensive physical examinations, did not have patient records from primary care physicians, and “generally lacked the equipment necessary to diagnose serious, complex conditions in the home setting,” according to the DOJ summary and legal complaint.

The company disclosed none of that to plan members during scheduling calls or the actual visits, and the company targeted people likely to yield the most in payments, according to DOJ.

After the vendors met with patients, Cigna had coding teams identify diagnosis codes that corresponded to the medical conditions. The company then submitted those to the U.S. Centers for Medicare & Medicaid Services for payment.

Cigna apparently paid the vendors. In the first nine months of 2014, Cigna paid $2.13 million to the vendor for 6,658 in-home visits that netted Cigna an additional $14 million in Medicare payments. In the first eight months of 2015, Cigna spent about $8.7 million for the projected profit of about $38.8 million, according to DOJ.

Legal and PolicyBilling and collections 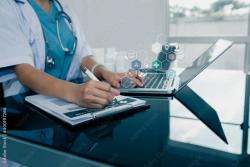 Five minutes of a doctor’s time could cost patients $50