ACIP delayed a vote on lifting a federal pause on the single-dose COVID-19 vaccine.

The Center for Disease Control and Prevention (CDC) Advisory Committee on Immunization Practice (ACIP) decline to vote in a special meeting April 14 on whether to lift a federal pause on using the Johnson and Johnson COVID-19 vaccine.

According to a report in The New York Times, the pause could continue for a week to 10 days after ACIP decided it needed more time to assess the possible link between the single-dose vaccine and a rare blood clotting disorder. The pause was recommended Tuesday.

There have been six cases where women between the ages of 18 and 48 developed cerebral venous sinus thrombosis (CVST) along with low levels of blood platelets six to 13 days after receiving the Johnson and Johnson vaccination as previously reported.

Complicating the issue, the anticoagulant drug heparin, which is usually used to treat clots, can be dangerous in this setting necessitating alternative treatments. As of April 14, more than 7.2 million doses of the vaccine have been administered.

Documents presented at the meeting show that 52 percent of the Johnson and Johnson shots administered were issued between March 30 and April 13 and the recipients are still in the window for post-vaccination thrombocytopenic thrombotic events. The Johnson and Johnson comprises less than 5 percent of the COVID-19 vaccines and there are currently about 13 million doses available either to order or currently at administration sites.

The CDC and the Food and Drug Administration urge those who have received the Johnson and Johnson shot who develop severe headache, abdominal pain, leg pain, or shortness of breath within three weeks after vaccination should contact their physician and physicians should adverse vaccine reactions here.

In response to the pause, Johnson and Johnson announced they will delay the rollout of the vaccine in Europe. 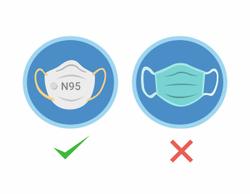 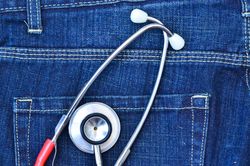 One rural doctor’s battle to vaccinate patients against COVID-19