7 tips for deciding where to practice medicine

It is hard to overstate the importance of some decisions. In the life of a physician, the choice of where to practice certainly falls into that category. Here's how to make the best choice for you.

It is hard to overstate the importance of some decisions. In the life of a physician, the choice of where to practice certainly falls into that category.

“Location can impact your daily practice, as well as your career trajectory and quality of life outside of work,” says Wade A. Brosius, D.O., a primary care physician at Spring-Ford Family Practice in Royersford, Pennsylvania, and acute care for elders medical director for Tandigm Health. “Choosing the right type of practice––large or small, independent or system-owned, single- or multispecialty––can also go a long way toward overall job satisfaction.”

The best time for making this choice varies. Sometime during the residency seems to be the best option for most physicians, with earlier starts allowing more time for exploration. But waiting until the third year is also acceptable if the delay is not too long, according to Travis Singleton, executive vice president of marketing and sales at Merritt Hawkins. “Given the dampening effect of COVID-19 on the job market, it’s better to job hunt earlier in the year and not wait until you are a few months out,” he says.

Regardless of timing, selecting where to practice merits careful investigation. In making your decision, consider these tips.

Don’t rule out the independent and/or small group route

Although large health care systems have much to offer, other possibilities may be worth considering. Independent or smaller groups may offer increased reward potential, more autonomy, less bureaucracy, greater flexibility and an ability to limit payors, says Reuben Elovitz, M.D., CEO of Private Health Dallas in Texas.

Of course, there can also be a downside, with the potential for increased financial risk, reduced negotiating power for contracts, reduced benefits, or fewer referrals. But for some physicians, smaller is simply a better match.

It may be tempting to stick with the familiar, but that can be a mistake.

“In terms of geography, think outside the box,” Singleton says. “Don’t be bound by preconceptions.” Rather than limit your choices to a few areas you know, consider the qualities and options you want in a location, whether that means good schools, cultural and recreational amenities, or something as basic as safety.

Clive Fields, M.D., chief medical officer and cofounder of VillageMD in Houston, Texas, believes that identifying a work environment that’s a good cultural and clinical fit is essential. “Working with like-minded physicians is critical to long-term career satisfaction,” he says. If your clinical interest is in wellness and prevention, a practice with large skilled nursing or hospital obligations would likely not be a good fit. If you have a young family and specific family interests, look for organizations and locations that will give you both the time and opportunity to engage in those activities.

Unless you are totally on your own, any location decision should include family considerations.

“If the location is not the right fit for you and your family, that may not be the best practice for you,” says Gary Price, M.D., president of The Physicians Foundation. “I know of physicians who had the opportunity to practice their dream job in their dream city, but because their spouses were simply not happy there, they had to relocate.” In fact, that almost happened in Price’s case. He found a location and practice which seemed ideal, but his wife quickly realized that the area was almost devoid of young families. They looked elsewhere, finding an alternative that proved to be a better fit.

If the goal is starting a private practice rather than joining an existing one, facilities planning should commence up to two years in advance. When looking for space to lease, the search should begin 12 to 14 months ahead of the planned opening, according to Justin Brasell, executive vice president at Transwestern, a national commercial real estate firm. When looking to build a new property, physicians should start the site selection process 18 to 24 months before opening. This allows enough time for finding the site, negotiating the sale of the land, closing on the land, designing the facility, and constructing a new building.

Seek the advice of insiders

Andrew H. Rosenthal, M.D., medical director of plastic surgery at Modernizing Medicine in South Florida, advises supplementing research with personal insights. “Talk to those that came before as you are finishing residency,” he says. “Ask what the landscape and journey looked like for them.” Talking to people in a community where you might want to live can also be helpful, but keep in mind that their agendas can color the information offered. Insightful sources of information may include CEOs of hospitals in the area. “They are often more than willing to talk and will give you a good picture of the landscape,” Rosenthal says.

The American Medical Association (AMA) recommends creating a checklist for investigating and acting on practice choices. Such a list might include lifestyle factors, available practice options, steps in becoming practice-ready and key components of employment contracts.

The true cost of physician burnout 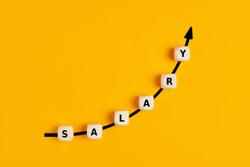