MGMA 2020: The challenges and rewards of overcoming implicit bias

Confronting implicit bias is not easy, but health care organizations that make the effort often realize benefits such as improved employee morale and patient outcomes, according to a consultant on organizational change.

“Higher morale has been shown to be a byproduct of reducing unconscious bias and doing authentic diversity work in your organization, and leads to higher productivity and satisfaction in your staff,” says Jessica Ellis-Wilson, CMPE, principal of Practical Management Consulting. Ellis-Wilson spoke at the session “Confronting Our Implicit Biases” during the Medical Group Management Association’s 2020 Medical Practice Excellence conference.

“There’s all kinds of indirect ways that good diversity work and making the effort to identify bias in your organization can help your bottom line,” Ellis-Wilson said.

The challenges of overcoming implicit bias are that it is both universal and difficult to recognize, Ellis-Wilson said. The human brain is exposed to information far more rapidly than it can process, and thus creates implicit biases as “shortcuts,” based on patterns, experience, and existing beliefs.

Ellis-Wilson explained that implicit biases are not necessarily harmful in themselves—in fact humans need these shortcuts to avoid cognitive overload. But “the danger comes when we never take the time to examine our biases, because we don’t realize we’re doing it. It’s cognitive muscle memory.”

When implicit bias comes into play in a health care setting, she said, it frequently results in worse outcomes for patients with “marginalized identities,” such as people of color or who are LGBTQ.

A wide variety of tools are available to help recognize unconscious biases, Ellis-Wilson said, including the Harvard Implicit Association Test and the Bennett Model of Cultural Competency. But once recognized, she adds, it’s important not to try to ignore or suppress them, because they are hard-wired into the human brain.

A more effective approach is to practice “affective empathy,” which Ellis-Wilson defines as “adopting the other’s perspective, imagining living in their shoes and feeling what they feel.” Doing so leads to seeing other people as individuals, rather than members of a stereotyped group.

She also recommends trying to get to know people from different backgrounds, or even seeking out TV shows and movies featuring people of color as central characters. “Seek out perspectives that differ from your own,” she advises.

“This is tough work, stuff none of us want to spend our limited bandwidth thinking about,” she acknowledged. But ultimately, she said, it’s important to remember “this is not about being politically correct. It’s about showing respect and providing the best care possible for our patients.”

How to market your practice to senior patients 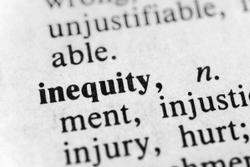