Rethinking the kickback laws for a value-based world

Both the Stark Law and the Anti-Kickback Statute are well-intentioned regulations meant to prevent doctors from referring Medicare patients to facilities they would profit from or receiving anything of value for Medicare referrals.

But as healthcare has evolved from strictly fee-for-service toward more value-based care models, these laws can make it difficult for physicians to coordinate care for a patient across facilities. Recognizing that these laws could hinder moving Medicare providers toward the goals of value-based care, the federal government has proposed changes to both the Stark Law and the Anti-Kickback Statute.

Medical Economics spoke with William Maruca, JD, who has extensive healthcare law experience and is a partner in the Pittsburgh office of Fox Rothschild LLP, about the proposed changes to the laws. The transcript has been edited for brevity and clarity.

Medical Economics: Why is the government looking at changing the Stark Law and the Anti-Kickback Statute to begin with?

William Maruca: Well, I think what's driving this is the evolution of payment models that has outpaced this regulatory scheme, which goes back a number of decades and really hasn't kept pace. I think that a lot of this is driven by what the private insurance industry has done to try to move away from fee-for-service payments toward value-based payments of one kind or another, and the perception that the existing regulatory system is an obstacle to participating in those arrangements.

The goal is to clear a lot of the obstacles out of the way so that providers could participate in these value-based enterprises and value-based arrangements without fear of running afoul of either of these rules.

ME: What's going to change based on the proposals you've seen?

WM: What I see in both the Office of the Inspector General’s safe harbor changes and the CMS Stark Law changes are in the area of value-based arrangements. They are taking those principles and expanding them kind of in an open-ended way to say as long as you're sharing some risk, as long as you're improving outcomes, and as long as you're saving some money, then we're going to give you a pass. You have to meet certain criteria to do that, and that’s a bit of an oversimplification, but I think this is an attempt to try to encourage providers to participate in these arrangements where there are financial incentives to save money and improve quality.

ME: For a long time, doctors have been practicing under the rules that you can't self-refer or financially gain from referrals. Is this enough to get them to change their behavior, or will that take time?

WM: I think what this is more going to do is to encourage the growth of networks that will reward physicians for certain decisions that they make. So if by coordinating all that care, from the beginning of care to the end, and all the different players can save some money, you can now get a piece of those savings.

There are other things that you might be able to do that will produce better results. For instance, some of these organizations might be able to provide you with some technology for patients that will improve outcomes, have patients be more compliant, or monitor their condition so that they there can be an earlier intervention. In the past, there may have been concerns about those types of freebies or discounted arrangements as potentially being a kickback or Stark violation.

ME: Are there other new risks for doctors in these proposals that they need to worry about?

WM: Potentially, but maybe not so much for doctors as the organizations they might contract with. For instance, there was a new term bandied about here that I'd never heard before. They often talk about these cost savings or cost-shifting arrangements where there's an overall population to manage and it can be dangerous for an organization to cherry pick the healthiest patients. They now use this wonderful term called “lemon dropping,” which is screening out all the sick patients, where the risk is likely to be too high. So if these organizations get caught doing either of those things-only accepting healthy patients or somehow finding a way to discourage or screen out the sickest patients-the organizations will get in trouble and so will the physicians participating.

ME: What what else do doctors need to know about these changes?

WM: Well, I don't I don't think anything that anybody's currently doing that has been vetted by their counsel is going to become prohibited. I don't think there's any “gotchas” in here that if these rules are adopted, that you better undo or unwind any kind of a transaction. I think if anything, they may find that some arrangements that were previously unapproved or prohibited might now be possible. For instance, there's a rule  that allows subsidizing local transportation. And in the past, there was a concern that if you provided transport for your patients to your facility, then that's a patient inducement and not legal. That's an area where the old rules were a little more restrictive, and now they're going to be a little more open.

There's one area that's been a headache for those of us in this field for a long time, which is an arrangement cannot be “commercially unreasonable.” That was never very well defined. So what a lot of people have worried about with that concept of commercial reasonableness-does that mean that a party cannot lose money in a transaction? And if they do, does that mean it's automatically commercially unreasonable? Now, if you have a good business reason to enter into a transaction, even though it may ultimately lose you money, but you can justify it, then it's OK.

Another area that probably isn't getting as much attention is the so called patient engagement safe harbor. That's where you can provide in-kind remuneration to a patient. For instance, if you have a glucose monitor for somebody who's diabetic and you think it will be better for the patient to monitor their diabetes in their home, a value-based enterprise such as an ACO could buy the machine on behalf of the physician practice, and the physician practice could provide that monitor to a patient.

In the past, that would have violated the rules because it would have been an incentive for the physician to refer to the network. And secondly, it would be a violation for the patient or for the physician to give something of value to the patient. Now, they're saying this is for improvement in quality, it’s a reasonable thing to do and you can show that it's going to improve outcomes, so they'll let you do it.

ME: Are there people that are against these changes? And if so, who are they?

WM: They've excluded some of the players that are deemed to be a higher risk for fraud, and those are the players that are going to be unhappy that they've been left out. But that list includes pharmaceutical companies, distributors, device manufacturers, and laboratories. They're all going to be flooding OIG with comments saying, “you can trust us, we've got a code of ethics, we've learned our lesson over the years, you shouldn't single us out as being untrustworthy.”

But I think there has been enough trouble in those industries just by a few bad apples, that at this point, they're hesitant to include them in these models. Other than that, I don't think too many people are going to object to this because I think overall it's a package of changes that is encouraging more innovation and more flexibility. There may be those that say it didn't go far enough. 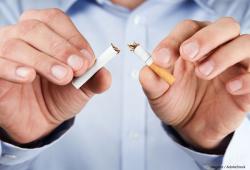