Researchers compared the use of services in multiple categories

A new study confirms what many physicians know from their own experience: in-person office visits fell dramatically in the early months of the COVID-19 pandemic, and were only partially offset by increased use of telemedicine.

Researchers compared the use of services in the categories of preventive care, nonelective care, elective care and prescription drugs during March and April, 2020 to their use during the same months in 2019 and 2018 among cohorts of adults with employer-sponsored health insurance. These included:

In the preventive care category, the largest reduction occurred in colonoscopies for people age 46-64, which were down nearly 70% compared to March-April 2019. Among nonelective procedures, the greatest decline was in angioplasties, which decreased by 17%.

The study revealed dramatic percentage increases in telemedicine visits during March and April 2020 compared to those months the previous year—1,270% and 4,081%, respectively. Nevertheless, those increases offset the drops in numbers of office visits by only 40% and 42%, respectively.

Researchers found a somewhat different picture when they analyzed the data by income and racial/ethnic composition. For example, people living in zip codes where the mean income is twice the federal poverty level or less reduced their use of colonoscopies by 40.7 per 10,000 residents. That compares with a reduction of 54.8 per 10,000 among residents of zip codes where the mean income is at least four times the federal poverty level.

At the same time, people in higher-income neighborhoods increased their use of telehealth visits more quickly than those in zip codes that were poorer or had a heavier concentration of nonwhite residents. Christopher Whaley, PhD, the study’s lead author, says the difference may be due to barriers to telehealth use in these communities causing more patients to obtain care in person, rather than virtually.

“This could be beneficial to patient health, as we see lower reductions in preventive care, or it could be detrimental if it exposes patients to increased risk of COVID infection,” Whaley says.

The study, “Changes in health services use among commercially insured U.S. populations during the COVID-19 pandemic” was published November 5 on JAMA Network Open. 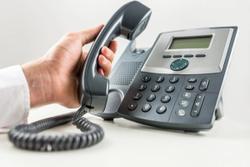