The first-place winner of the 2018 Physician Writing Contest urges her peers to look at the motivating fears behind patient visits for clarity.

I was stumped. Of course, that happens almost daily during intern year. The patient was a grinning three-year-old boy who was tearing around the urgent care exam room, yet his mother kept her lips pursed and wouldn’t look me in the eyes. I had already given her careful reassurance about her child simply having a cold and recommended supportive care with chicken soup and plenty of fluids, but her body language radiated dissatisfaction.

I ducked outside and presented the case to my attending, an experienced pediatrician. At the conclusion of my story I found myself admitting, “I feel like I’m missing something.”

When we returned to the room, my attending sat down quietly across from the mother, and gently asked a seemingly simple question: “What worries you most about his symptoms?”

She looked at her son, snotty but happy on the bed. “His runny nose. It’s just been going on for so long.”

My attending pursued, “And what worries you most about this?”

The mother met my attending’s gaze. “His sister had a runny nose just like this a few years ago, and everyone dismissed it, but it turned out to be a cerebral spinal fluid leak.” Her voice broke as her face flooded with emotion. “She had to go through so many surgeries, she almost died, and I am worried sick that her brother has the same thing.”

I almost dropped the chart from my hands. Even when I had asked the mother about family history, she’d said, “Everyone’s healthy.”

With one question, my attending opened up an entirely new perspective on the patient that dramatically changed our explanations and return precautions. My attending also carefully guided me through a thorough ear, nose, and throat exam, and when it was pronounced normal, the mother’s shoulders relaxed in relief. When she left, her child cheerfully waving goodbye, she gave my attending a hug.

Many years have passed since that brief encounter, but that one question still burns brightly in my mind. I am now the attending who teaches medical students and residents, and I remind them to always ask at each sick visit: “What worries you most about this?”

It’s a deceptively simple question, but the answers can alter patient management as much as any lab value or imaging study. In medical school, students are trained to inquire, “Why are you coming in today?” (to which parents may say, “He has fever”)-but without that key follow-up question they may miss the too-often-unspoken second part of that response: “…and we’re worried the fever could damage his brain.”

A provider can scan the presenting symptoms from the triage note and see “headache,” “stomachache,” “sleepy.” But if we teach doctors to ask that most-human of questions about those same chief complaints, they may get unexpected perspectives from their patients’ parents:

• “My neighbor’s little girl had a headache like this, and the next day she was dead of brain bleed.”

• “I didn’t want to mention this, but he got ahold of his brother’s anti-seizure medication right before he started throwing up.”

• “I’m worried his dad hit him when I was gone tonight.”

Of course, fear is by no means limited to pediatrics. Patients and family members oftentimes arrive at our offices and hospitals with their own internalized differential diagnosis that may not align with ours. I’ve heard one doctor refer to these unspoken concerns as “invisible visitors” sitting with our patients-lingering ghosts of internet searches, past experiences, and family legends.

As the medical system becomes increasingly incentivized to grow patient volume, shaving reimbursements for ever-more truncated visits, both providers and patients may be more reluctant to delve into the motivating fears behind doctor visits. No wonder, then, that patients and parents increasingly turn to “Dr. Google,” who readily (and without judgment) provides “answers” to even their deepest concerns. In fact, a Pew Research study found that 72 percent of internet users reported looking online for health information within the past year.

Innumerable times, when I ask parents what they are most worried about regarding their child’s symptoms, there is a pause before they admit, “I looked online and they said the symptoms could be cancer.” But I appreciate this honesty: Now we have a place to begin our conversation, and I can take special time to address why these symptoms would or would not fit typical patterns, as well as what symptoms they should return for.

Physicians may be resistant to add “yet another question” to their already detailed history and physical exams. But eliciting patients’ worries can actually bolster efficiency and gain critical, applicable information. It also helps avoid subjecting the patient to painful, unnecessary, or costly tests and procedures that patients request due to concern about an unlikely yet frightening diagnosis. Incorporating the patient’s concerns into an explanation of a diagnosis and treatment targets their greatest underlying fears; in contrast, if medical providers don’t ask for the patient’s perspective, it’s like parallel tracks of reasoning, with our reassurances ringing hollow to them.

Even more importantly, by asking that question-by greeting that “invisible visitor”-we are also telling the patient that this is a safe space to be human, to say the uncomfortable and dark and the hidden.

I have asked my teenage patients with vague chief complaints: “What worries you most about your symptoms?”

And I have heard:

• “Something bad happened to me last night. Really bad. And I haven’t even told my mom.”

It takes courage to admit fears, and I am grateful for every patient who has answered that question as honestly as possible.

Recently I was in clinic when a young intern sat down across from me with a sigh. “It sounds like a migraine, but her dad keeps asking for a CT scan, despite everything I’ve told him. I feel like I’m missing something.”

As we stood outside the patient door, I thought back to myself as a young intern and said a silent thanks to that mother and to my attending, two people who forever shaped my practice of medicine with a single question.

Editor’s note: Thename of the patient has been changed to preserve privacy.Valerie Gribben, MD, FAAP, is a pediatric hospitalist at the University of California, San Francisco/San Francisco General Hospital. She graduated from the University of Alabama School of Medicine. She then completed her pediatric residency and chief residency at Lucile Packard Children’s Hospital at Stanford and was a pediatric hospitalist at Saint Louis Children’s Hospital/Washington University Saint Louis.

“Growing up, I had a wonderful family medicine physician, Dr. Stuart Hendon, who let me shadow him when I was in high school,” says Gribben. “Seeing his compassionate and thoughtful demeanor with patients inspired me to pursue medicine.”

It was around that same time Gribben developed her other passion: writing. At 16, she wrote the young adult fantasy novel “Fairytale.” During college and medical school, she completed two more books, eventually published as “The Fairytale Trilogy” in 2011.

“Even if my subject matter has changed since then, writing is still my favorite hobby,” notes Gribben. 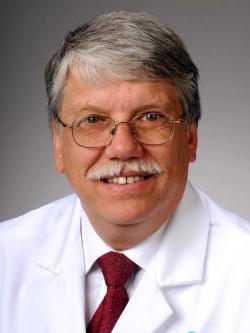 The growing division within the house of medicine 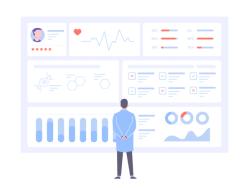 The Power of data and working together to solve health crisis