Dealing with the rising cost of insulin

The health care community weighs in on how to make insulin affordable.

More than 7 million Americans depend on insulin, a medication that has no substitute and for which prices continue to rise. The steep cost of insulin makes it difficult for the growing number of Americans with diabetes to afford this lifesaving medication.

The American Diabetes Association (ADA) believes that no individual in need of insulin should go without it due to prohibitive costs, yet just over a quarter of people who get the drug have reported that cost affects their use. When people with diabetes cut back or skimp on their insulin doses, they’re at risk of serious, sometimes deadly consequences.

Many people look to their primary care doctor for help. “Primary care providers should let all their patients taking insulin know that Novolin N,
Novolin R and Novolin 70/30 are insulins that can be bought over the counter,” Isaacs says. “They are $28 per vial or $42 for a box of pens. (Although) these insulins are not exactly comparable to newer insulins, they are much lower cost and can be a good option if someone is in a bind.”

The American Diabetes Association recommends that health care providers discuss the cost of insulin preparations with patients to help clarify the advantages, disadvantages and financial implications of options. “Providers should prescribe the lowest-priced insulin required to effectively and safely achieve treatment goals,” says LaShawn McIver, MD, the ADA’s senior vice president of government affairs and advocacy. “This may include using human insulin in appropriately selected patients.”

Providers also should be aware of the rising cost of insulin preparations and how this negatively affects adherence, as well as be trained to appropriately prescribe all forms of insulin based on evidence-based medicine. Aaron Toleos, a spokesperson for Right Care Alliance, says primary care doctors can’t change the cost of their patients’ medications, which limits what they can do.

“With an investment of time and determination, they can sometimes figure out which insulin products are both appropriate and affordable under a patient’s plan. But it’s common for individual drug coverage to change, and it’s hard to keep up,” he says. “Some physicians tell patients about insulin tourism or suggest mail order from Canada, where it can usually be purchased for around 10% of the U.S. cost.”

Sarah Sato, N.P., a certified diabetes educator with the Alpine Center for Diabetes, Endocrinology and Metabolism in Superior, Colorado, says that although primary care providers may not have time to answer every question, they should tell patients about the over-the-counter insulin option and about manufacturer coupons and discount cards for people who are commercially insured. She emphasizes that although there is no shame in asking for cheaper options, people often feel embarrassed or hesitate to take the time of their provider or pharmacist to discuss the issue.

“I think this problem has been catastrophic for a lot of families, and it’s finally being addressed. Colorado has passed, for example, a maximum price per month for insulin in order to bypass the massive out-of-pocket costs people can see,” Sato says. “There are other insulins that are much cheaper and can be purchased without a prescription, but they don’t work the same as the ones we usually prescribe and can be risky to use if the person isn’t familiar with the differences.”

It can be challenging to navigate the wealth of information available to doctors and patients, according to the experts. To help, each insulin manufacturer has its own website and resource center, and patient assistance programs can assist with determining discount eligibility.
Isaacs recommends the Insulin Cost Savings Resource Guide from ADCES, available at diabeteseducator.org/affordability. It summarizes the
available programs and gives guidance depending on type of insurance coverage (Medicaid, Medicare, commercial, none).

Because of advocacy efforts, states are starting to cap insulin costs. The ADA has been working at the state and federal levels to bring about public policy changes to ensure that no one goes without insulin because of cost. According to McIver, health care providers who want to take the next step on this urgent issue can make their voice heard regarding bills that aim to lower insulin costs in the short term at diabetes.org/advocacy/platform. Health care providers should direct patients struggling to pay for insulin to the ADA website InsulinHelp.org, she adds.

“For anyone with commercial insurance, you should always check to see if there is a co-pay card available before picking it up from the pharmacy,” Isaacs says. “For those without insurance, patient assistance programs can often help, and the salary caps are much higher than people realize - for example, as high as 400% above poverty level, which is $103,000 for a family of four.”

Insulin does not need to be expensive; it needs to be accessible. Sato says that overall, the system is designed to make money for the corporations at the expense of the patient, with billions of dollars in play for insurance companies and drug manufacturers.

“But it seems like the people have made their anger more known now, and so places like Colorado passing price cap laws has made a difference for those residents and may become a watershed for other states to follow suit,” she says. “I believe that the industry needs to feel the anger of the patients in their wallets before real change may manifest, and steps like the state law change may be the best way to help that happen.” 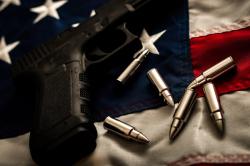