Healthcare is not just treating a disease; it is taking care of a human being

The patient should see a friend in his doctor, not a stranger with a white coat and a stethoscope.

Editor's Note: Welcome to Medical Economics' blog section which features contributions from members of the medical community. These blogs are an opportunity for bloggers to engage with readers about a topic that is top of mind, whether it is practice management, experiences with patients, the industry, medicine in general, or healthcare reform. The opinions expressed here are that of the authors and not UBM / Medical Economics.

I have been a practicing urologist in a rural community in Southeast Missouri for 38 years. I used to practice medicine as I was taught in the medical school and residency: When the patient walks into the office, take a detailed history, do a physical examination, obtain indicated laboratory and radiological tests, discuss the possible diagnosis and the therapeutic options with the patient and the family, and treat the disease with appropriate medications and/or procedures as indicated.

However, I later realized that medical practice and treating a patient at the office or in the hospital are not the same. A doctor not only has to treat the organ or organs involved but also address the patient as a whole-his anxiety, psychological status, personal, social, and spiritual factors that may affect the healing process-and communicate with the concerned family members.

The encounter I experienced with a patient few years ago exemplified the above fact and taught me how important it is to spend some time with the patient and the family. The patient should see a friend in his doctor, not a stranger with a white coat and a stethoscope.

Peter Hastings, whose name has been changed to protect his identity, was a 68-year-old gentleman referred to the urology department by his primary care physician for evaluation and management of hematuria, or blood in the urine. The patient was noticing blood stained urine occasionally, but he did not have any difficulty with urination or abdominal pain. His past history was negative for urinary tract infections and kidney stone disease. Physical examination in the office did not reveal any abdominal mass or tenderness. I explained to the patient in detail the implications of blood in the urine, including the possibility of cancer of the urinary tract, and ordered a CT scan of the abdomen and pelvis. I noticed the patient came by himself and did not see any family member with him.

Peter returned two weeks later with the CT scan, and the report revealed a solid mass in the left kidney with high probability of cancer, which might be responsible for the blood in the urine. I sat down with him for a long time and discussed the CT findings, including the fact that there is a solid mass in the left kidney that was most likely cancer, and explained that the best treatment option would be removal of the kidney. Peter looked at me with a so-what look and said, “OK doc, if that is what you think is the best, please go ahead and do it.”

I felt uncomfortable that I did not see any family members with him and asked him, “Peter, is any of the family with you? I would like to discuss the diagnosis and the operation and its complications with the family also.”

“No, they are not here, but it is OK. Please let me know when to come in, and I will be there to have the operation,” Peter tried to reassure me. I was still uncomfortable for I was not able to discuss the situation, including the surgery and its complications, with the family.

On the day of surgery, I saw Peter in the waiting room, talked to him, and explained the surgery to him again. I was surprised as I did not see any family member or friend by his bedside, and I asked him again if anyone accompanied him to the hospital. “No doc, I am OK,” he replied with his usual demeanor.

Peter was taken into the operating room on time and had surgery under general anesthesia. As expected, he had a solid mass on his left kidney with all the features of cancer. A frozen section biopsy of the mass confirmed the diagnosis of renal cell carcinoma, a common type of kidney cancer. The kidney was removed without any major blood loss or complications.

Getting the whole story

When I went to see Peter in the post-operative ward, he was doing well. I still was concerned that I did not see any family member or friends.

During my rounds the next day, I talked to the nurse taking care of Peter. She told me he was doing well, his vital signs were stable, there was no bleeding from the drain site, and the nursing staff was surprised that he did not even ask for pain medication. When I visited with Peter, he was wide awake and told me that he was doing well. Again, I did not find any of his family or friends.

“Peter, how come I don’t see any of your family? Is anyone coming to visit you while you are in the hospital?” I heard my self repeating.

“Well Doc, let me tell you some thing, I didn’t tell you before,” Peter said calmly. “The only family member I have is my daughter who lives in St. Louis (about 150 miles north of our town). I haven’t seen or talked to her in two years.”

“What happened?” I was anxious to know.

“Well,” Peter went on, “Two years ago, one winter morning my friends and I were going deer hunting in the Mark Twain National Forest about 30 miles from our home. When I woke up that morning, I found my wife was in bed and not feeling well. I talked to her and she told me she should be OK and asked me to go ahead with my hunting trip. So, I went hunting with my friends and when I returned home the next day, I found her still in bed. I tried to but could not wake her up, I got worried and called the ambulance, they came by and told me she passed away and that was confirmed at the hospital. Our daughter came for the funeral and told me that had I not gone hunting when her mother was sick, we wouldn’t have lost her. She was very unhappy and upset with what I did and told me she did not want to see me again and she left. That is what happened doc, I haven’t seen her or talked to her since,” Peter concluded.

I felt bad for him, gently tapped on his shoulder, and told him with a sympathetic voice, “I am sorry.”

I went back to the nurse’s station and looked at his chart. I found his daughter’s name and telephone number in the front sheet under the “in case of emergency whom to contact” column. I thought about it for a couple of minutes and felt it would be better to let her know and dialed the number. I felt happy the phone was answered by his daughter. I introduced myself and told her I was taking care of her father. I explained the situation to her in detail: Her father had kidney cancer and had surgery for its removal, but he is doing well and is still in the hospital. I told her he was alone with no family or friends and would be glad to see her and have her company. She agreed and expressed a desire to see him. I gave her the details of the hospital location and her father’s room.

The next morning when I went to make rounds, I saw a middle-aged lady and a young girl at Peter’s bed side. The lady introduced herself as Peter’s daughter and the girl as his granddaughter. I looked at Peter and, for the first time, saw a happy face with a smile. He thanked me for bringing his daughter and granddaughter to see him and said that it was the best thing that happened to him in a long time. I gave him a gentle hug and told him I was happy too to see his family with him. I thanked his daughter for coming to visit her father.

Peter did well and was released home after four days to the care of his family. They went to his home and returned a week later for checkup. He was doing well, and the wound was healing well. I removed the skin clips and discussed the final pathology report with them. I reassured Peter that the cancer had not spread. I advised him to return in four weeks for check up. He said they were going to his daughter’s place in St. Louis.

Four weeks later, I saw Peter along with his daughter when he returned for follow up. He was walking by himself, had a good appetite, and was gaining weight. His physical exam was within normal limits. I reassured them and advised that Peter return for semiannual checkup. Peter and family again thanked me for getting them together.

Thinking about the entire ordeal with Peter and his family, I was very happy that I called his daughter and got the family together. I realized that taking care of a patient is not only treating a disease, but taking care of a human being with emotional, social, and spiritual factors as well as a concerned family. That is a lesson that was not taught in the medical school nor can be found in medical books. 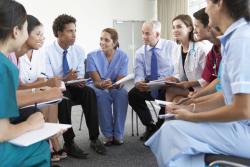 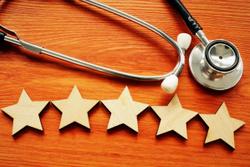