A combination of direct-acting antiviral (DAA) agents sofosbuvir and velpatasvir is highly effective and safe for treating patients with hepatitis C virus (HCV) genotypes 1 to 6 and advanced fibrosis or compensated cirrhosis, according to a new study.

Patients with advanced fibrosis or compensated cirrhosis are a priority group for immediate HCV treatment. Historically, interferon-based regimens led to higher rates of toxicity and lower rates of sustained virologic response (SVR) in these patients, state the authors, led by Tarik Asselah, of the University Paris-Diderot, Clichy, France.

An analysis of 501 adult patients from 3 large phase 3 trials with compensated cirrhosis or advanced fibrosis who received sofosbuvir plus velpatasvir for 12 weeks found 98 percent of patients achieved SVR at 12 weeks after the end of treatment (SVR12).
“Sofosbuvir-velpatasvir is highly effective in patients infected with HCV with advanced fibrosis or cirrhosis,” said Asselah.
The researchers published their results in the March 2018 edition of Liver International.

In the retrospective pooled analysis, patients with HCV genotype 1 to 6 infection received a fixed-dose combination containing 400 mg of sofosbuvir and 100 mg of velpatasvir orally once daily for 12 weeks. About half (44 percent) of the patients had cirrhosis.

Of the patients with HCV genotype 3 who had cirrhosis at baseline, 91 percent (73 of 80 patients) achieved SVR12. “These are the highest reported SVR rates for HCV genotype 3-infected patients, who have been more challenging to cure even with the newer regimens containing DAAs,” said Asselah.

The most common adverse events were headache, fatigue, nausea and nasopharyngitis. No patients discontinued treatment because of an adverse event.

“Sofosbuvir plus velpatasvir is a highly effective, safe pangenotypic treatment for patients with chronic HCV infection and advanced fibrosis or compensated cirrhosis, a population that was previously considered difficult to treat,” said Asselah. 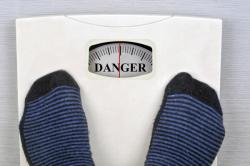 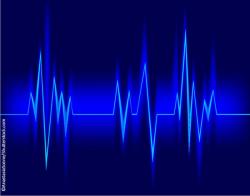