Age discrimination may be taking toll on health of older adults across U.S.

Study examines links between physical and mental health and experiences with ageism.

Age discrimination is widespread in the United States – and it may be taking a toll on the health of older adults.

A new study found 93% of adults aged 50 to 80 years regularly experienced at least one of 10 forms of ageism, related to stereotypes, prejudice, and discrimination related to old age, aging processes and older adults. Those who encountered it more often were more likely to report their physical health or mental health were fair or poor, they had more chronic health conditions, and they had symptoms of depression.

“The fact that our poll respondents who said they’d felt the most forms of ageism were also more likely to say their physical or mental health was fair or poor, or to have a chronic condition such as diabetes or heart disease, is something that needs more examination,” study coauthor Preeti Malani, MD, said in a news release.

The study, “Experiences of Everyday Ageism and the Health of Older U.S. Adults,” was published in JAMA Network Open. Researchers surveyed 2,035 people through the December 2019 National Poll on Healthy Aging of the University of Michigan’s Institute for Healthcare Policy and Innovation.

The study said ageism “is a common, socially condoned type of discrimination in the U.S.” Respondents described their exposure to ageist messages in environmental and social cues; ageism in interpersonal interactions; and internalized ageism, reflecting individually held believes linking aging and health.

“Although this study could not determine whether experiences with everyday ageism preceded the development of poor health or vice versa, empirical research suggests that ageism is associated with greater changes in health than the converse,” the study said. Ageism may hamper older adults’ interactions with health care clinicians or may be a chronic stressor for older adults.

The researchers noted much of the linkage between everyday ageism and poor health dealt with internalized ageism, the most common form among respondents and the form associated with the largest increases in risk for health outcomes. “Associating poor health with old age may be the most deeply rooted aging stereotype, despite evidence to the contrary,” with 82.3% of study participants rating their physical health as good or better, the study said.

Experiences with interpersonal ageism and ageist messages also were linked to health-related measures, enough that all three forms “should be considered potentially associated with detrimental health outcomes,” the study said.

The results suggest multiple efforts may be needed “to reduce everyday ageism and promote positive beliefs, practices, and policies related to aging and older adults,” the study said.

“These findings raise the question of whether aging-related health problems reflect the adverse influences of ageism and present the possibility that anti-ageism efforts could be a strategy for promoting older adult health and well-being,” first author Julie Ober Allen, PhD, said in the news release. Allen is assistant professor in the Department of Health and Exercise Science, at the University of Oklahoma. 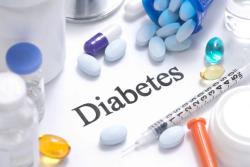 Undiagnosed diabetes may be less prevalent than first thought 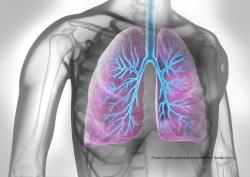