They are showing hospitals how it’s done.

As hospitals stumble, sputter and stall in their half-hearted efforts to comply with the hospital price transparency rule that went into effect six months ago, independent doctors are boldly moving forward, pulling the curtain back on their prices, so patients can make more informed decisions.

A YouTube video released last week includes interviews with physicians who have started posting their prices online and who have overcome common obstacles. The video also features software platforms that hundreds of independent doctors are now using to post their bundled prices online in a user-friendly way, so patients can know prices up front.

Hospitals could take a lesson.

Wonderful as that sounds, America is still waiting. Two months after the rule went into effect, two-thirds of the nation’s largest hospitals were “unambiguously noncompliant,” according to one study. A Wall Street Journal article revealed in March that hundreds of hospitals that theoretically posted prices also imbedded codes to block search engines from accessing the data.

However, as hospitals drag their feet, more and more independent practices — a group not compelled to show prices under the rule — are joining the transparency movement. And it’s a train they want to get on.

Chief among the reasons is the fact that independent doctors’ prices look great next to hospitals’ charges for the same services. In general, the price for a procedure performed by an independent doctor in a freestanding clinic is one-third to one-tenth the price of the same procedure performed by their hospital-employed-physician counterparts. Independent outpatient surgical centers like the Surgery Center of Oklahoma, which has been posting cash prices for over a two decades, offer similar savings when compared to hospital-owned surgery centers.

As more independent doctors post prices, more patients will see these doctors—who are not encumbered by the overhead of large, expensive health systems—to be the excellent value they are.

Besides looking good by comparison, independent doctors believe that letting patients know what their care will cost is simply good medicine. When patients can have a procedure with financial certainty, they can then focus on healing and have more trust in their providers.

Higher price providers will have to adjust. When profit margins shrink health-care consolidation — including the trend of hospitals buying up independent practices to capture market share and increase profits — will slow.

What’s more, the ability to compare prices will allow consumers to shop for the best value care, and avoid being blindsided, and financially devastated, by a bill they could not see coming. It will also allow employers to find more affordable health-plans, and turn realized savings into jobs and higher wages.

Yet, despite the obvious benefits to patients, employers and themselves, many doctors are nervous about moving into the sunlight. While enterprising and entrepreneurial practices have found ways to achieve transparency, concerns remain.

Indeed, one Atlanta specialist posted his prices, and the nearby hospital told him to take them down. He did because he didn’t want to lose his ability to do inpatient surgeries at that hospital.

However, Dr. Michael Havig, an orthopaedic surgeon from Naples, Florida, who posts his cash prices online using a program he designed called HealthMe, doesn’t let that worry him. “I bring the hospital millions of dollars of business a year. My message to any hospital administrator is to work with your independent physicians. We’re bringing you business.”

Another concern doctors have is that their commercial payers, who also like to keep prices secret, will be angry if cash prices are exposed. “If you set your prices at about the same rate as your biggest commercial payer, maybe even a little higher, you won’t poke the bear,” said AnnMargaret McCraw, CEO of Midlands Ortho and Neuro, a 25-doctor group in Columbia, South Carolina, which started posting prices last year.

“That price will still be very fair because most independent practices aren’t overpaid by their commercial plans,” she said. “In fact, I might argue, they are underpaid,” especially when compared with what the same insurance plans pay hospitals for the same procedures.

For those doctors who worry that their competitors will see posted prices as the start of a price race to the bottom, Dr. Jonathan Kaplan, a plastic surgeon based in San Francisco, who developed Build My Bod, a price transparency software program that over 250 practices including his are using, says, “It is simply not. Most patients aren’t shopping for the cheapest price, but they do want to know if a doctor is in the ballpark.”

And thanks to a growing number of doctors posting prices, they can. Now, we just need more hospitals to catch up.

Marni Jameson Carey is the executive director of the Association of Independent Doctors (www.aid-us.org), a national, nonprofit, nonpartisan trade association with members in 44 states. 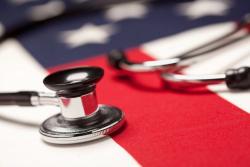