By now, we know that women physicians have higher rates of burnout than their male counterparts, with increased levels of depression and suicide.

Editor's Note: Welcome to Medical Economics' blog section which features contributions from members of the medical community. These blogs are an opportunity for bloggers to engage with readers about a topic that is top of mind, whether it is practice management, experiences with patients, the industry, medicine in general, or healthcare reform. The series continues with this blog by Rebekah Bernard, MD, a family physician at Gulf Coast Direct Primary Care in Fort Myers, Florida. The views expressed in these blogs are those of their respective contributors and do not represent the views of Medical Economics or UBM Medica.

Rebekah Bernard MDBy now, we know that women physicians have higher rates of burnout than their male counterparts, with increased levels of depression and suicide. In the first article of this series, we discussed the contribution of patient care to burnout, and offered strategies to combat the increased psychosocial demands that patients place on women physicians.

But aside from the stressors of patient care, any discussion of burnout on women physicians must include the issue of role strain, in which women find themselves juggling professional life with the additional roles of spouse and mother.

This role strain causes a powerful conflict between responsibilities at work and at home, and is a particular issue for women physicians because they typically take on a much greater burden of household and childcare compared to their male colleagues.

And while this increase in burden on women physicians may be partly attributed to traditional societal gender roles, the reality is that most male physicians report having a stay-at-home spouse whose primary role is to provide for the household, with only 12% of their spouses working at full-time jobs, while nearly all of the partners of women physicians work full-time outside the home.

Without someone at home to manage the household responsibilities during the day, women physicians may find themselves spending their after-work hours completing the job of managing the home and children.  This additional demand on women workers has been termed the “second shift,” and is a contributor to burnout.

Additionally, work-home conflict can be a major source of stress for women physicians. Women often report a sense of obligation to spend more time at home, and make greater accommodations to their work schedule in order to manage household tasks than men physicians, including making a career change to accommodate their spouse’s career or child-raising responsibilities.[iii][iv]

Women physicians also face strong feelings of guilt-when they are managing the home, they worry about not being available to their patients. While at the office, women often feel guilty about missing time with their children. The role of being a mom is so stressful that women physicians actually report the best mental health when the kids turn 19-or in other words, leave home.[v]

Next:  the role of mother increases the pressure on women physicians at work

Adding the role of mother also increases the pressure on women physicians at work. Women with kids earn less than men-11% less when married without children, plus another 14% less for having one child and 22% less for having more than one  child.[vi] Women physicians in academia with children report decreased institutional support, including less secretarial support. These physicians published less and reported lower career satisfaction.[vii]

On top of that, really there is no “good” time for a physician to have a baby:  pregnancy before, during, and after medical training each bring its own series of obstacles, including time off from education, social isolation and the physical and emotional stress of work schedules.

Hot topic: Here is the PCP crisis solution and it's simple

During residency, women may face resentment from peers and supervisors who have to cover missed shifts due to pregnancy or childbearing related time-off. If a woman chooses to wait until after training to have a baby, she may face difficulty in conceiving due to advancing maternal age or health issues, may be passed over for advancement on the job and may face a conflict about taking time off for maternity leave, with many new moms reporting pressure to get back on the job sooner than they would prefer.

Faced with all of these challenges, some women in medicine are choosing to defer or avoid childbearing all together, with 25% of women physicians reporting no children, compared to only 9% of men doctors.

While choosing not to get married or have kids is one approach to managing role strain, there are other options to maintain a healthy relationship and family:

1.     Pick your partner carefully and get a prenuptial agreement. While no one enters into a marriage expecting to get divorced, the reality is that women physicians are at higher risk for divorce than men physicians, and the rate of divorce increases with the number of hours that women physicians work.[viii] With a doctor’s potential for high earnings, many divorce attorneys see dollar signs when retained to represent a divorce involving a physician. Women physicians need to protect themselves by planning ahead and obtaining a pre-nup well before the wedding day. It’s not romantic, but it’s absolutely necessary.

In case you missed it: Top 10 challenges facing physicians in 2017

2.     Communicate. Communication between women and their partners is essential to minimizing role strain. In particular, specifically defining roles and responsibilities-who does what around the house-has been shown to be helpful in reducing burnout in women, especially if done before children come into the picture. [ix]

Next: Lower your self-expectations

3.     Ask for help, and accept help from your partner. It is important for women to clearly ask for help and to allow their partners to carry out responsibilities without micromanaging or getting frustrated that tasks aren’t accomplished exactly the way that they would have done it. Many physician moms report that their child-raising stress actually decreased after a divorce because dad now takes the kids on designated days or weekends. If that type of role delegation happened during the marriage instead of waiting until mandated by a divorce court order, stress on women would likely improve.

Further reading: Is outsourcing the key to solving physician burnout?

4.     Use financial resources. Whenever possible, spend money to get the best help possible-whether that includes child care, house cleaning services or ordering out meals to avoid cooking.  Don’t feel guilty-think of it in terms of a value proposition. Physician time is best compensated when working as a physician, and by funding others to do non-physician work, we are contributing to employment and the economy. Most importantly, by delegating non-physician work to others, women can spend free time on higher quality interactions, such as time with family and friends and self-care.

5.     Ask for job flexibility and resources in the workplace. Physician burnout is strongly associated with a lack of control at work, and yet women physicians are given less control in the workplace than men.[x] Since burned-out physicians tend to leave the practice of medicine, it is in the best interest of both the physician and the employer to give doctors more control over their schedules. Women need to step up and ask for control over their work hours, as well as the necessary resources to do their job well. The American Medical Women’s Association lists tips on how to best negotiate a flexible work schedule with your employer.

6.     Lower your self-expectations. This one might be the toughest of them all, but it is critically important to acknowledge that absolutely no one can do it all. Finding a good psychologist can help with this-letting go of the guilt of not being able to be the perfect doctor, wife and mother,  learning how to prioritize your time, practicing saying no before you feel overwhelmed and making sure to take care of yourself so that you can take care of others. 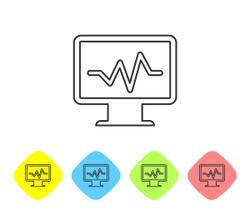 Will remote patient monitoring be a lifeline or a liability?

Is focusing on debt repayment over saving for retirement a mistake?