A survey from Synchrony suggests many Americans underestimate their annual health care expenditures, do not save for future health care costs, and leads many to delay recommended medical procedures.

This shouldn’t be surprising considering the survey found that an insured American with employer-sponsored health insurance plan can expect to spend more than $320,000 (including premiums and out-of-pocket costs) during his or her lifetime, and that number may top $700,000 for those who purchase their own insurance without employer or government subsidies, or for those who have chronic illnesses.

To illustrate how far off patient estimates can be, survey respondents estimated their annual out-of-pocket healthcare expenditures as approximately $850 (not including paid premiums) on average, but the actual spending averages around $2,100 annually — 145%, or nearly one-and-a-half times, more than the anticipated cost.

"Today's consumers set aside money for college or a mortgage, but not for health care,” said Alberto Casellas, chief executive officer, Health and Wellness, Synchrony, in a statement. "The study shows there is a meaningful gap between people's perceptions and the reality of the costs of health care. As consumers assume more and more responsibility for their health care expenses, it is important to understand the cost of care and how to find responsible financial solutions that can help them save for and manage those costs."

According to the study, four out of five said they do not have a dedicated savings account for unexpected health costs. Among those who do, almost half say it is not enough. Fewer than half are actively saving for future health care expenses; and of those who are, only 55% believe it will be enough to meet their expenses.

While affordability of health care is a crucial concern among all respondents, the study illustrates stark differences when data is broken out by age:

The pandemic and inflationary impact on the health care system 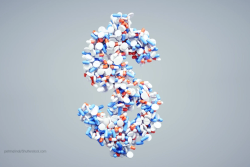