Treating hepatitis C virus (HCV) infection at early stages of fibrosis not only improves health outcomes but is cost-effective, according to a new study.

However, for many hepatitis C patients, high drug prices limit access to treatment, which needs to be addressed, he added.

Chahal and colleagues developed a simulation model to compare treatment cost for all treatment-naive patients with those with advanced fibrosis. The model made projections for 1,000 patients, but presented the results normalized to a single HCV-infected person receiving six HCV therapy options, particularly combined sofosbuvir and ledipasvir therapy, or no treatment.

The researchers reported their results in the January 2016 issue of JAMA Internal Medicine.

Results for other regimens show a similar pattern.

“Our analysis indicates that decreasing the drug costs would reduce the incremental cost-effectiveness ratio,” Chahal said. “For example, at retail prices, treating just 50% of genotype 1 patients over the next five years will cost $53 billion. However, with a 46% reduction in drug costs, that figure is reduced to $29 billion.”

The high cost of HCV treatments makes it challenging for most health systems to treat all HCV-infected patients. “Insurance companies put into place prior authorizations that require patients to progress to higher levels of liver disease, thus effectively limiting access to a cure with new drugs. Payers may think that treating at severe fibrosis or cirrhosis is less expensive, and per our analysis, the costs are lower with later treatment initiation,” Chahal said. “However, the cost-effectiveness assessment also takes into account the effects of this spending, including averted HCV disease. This results in some savings in medical costs, offsetting part of the initial expense, and improved health status, measured as QALYs.”

Chahal noted that new therapies are highly effective and short in duration with minimal side effects. “When there were few treatment options that were not very effective and had substantial side effects, it made clinical sense to not expose patients to a year-long toxic therapy with about 50% cure rate. Our analysis indicates that there are health benefits to treating early now.” 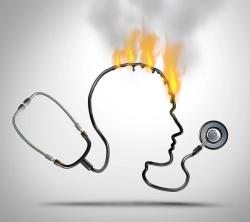