The introduction of direct-acting antiviral agents has transformed hepatitis C care among veterans.

Since the introduction of direct-acting antiviral (DAA) agents, there has been a remarkable increase in hepatitis C virus (HCV) treatment rates and cure rates in the Veterans Administration (VA) nationally, according to a new study.

“The number of patients treated and getting cured was very low in the interferon era. This was due to the many side effects and contraindications of interferon and the low cure rate,” senior author George Ioannou, MD, associate professor and director of hepatology at the Veterans Affairs Puget Sound Healthcare System and University of Washington in Seattle, told Medical Economics.

Ioannou noted that new all-oral antiviral regimens have resulted in unprecedented numbers of veterans getting cured from hepatitis C.

“These numbers are so great that it is realistic to be talking about eradication of the vast majority of cases of hepatitis C in the VA in the next two to three years,” he said. ”This is remarkable considering that hepatitis C was and still is the number one cause of cirrhosis, liver cancer, liver failure and liver transplantation in the VA and in the entire U.S.”

The researchers published their results in the May 8, 2017 Alimentary Pharmacology & Therapeutics.

They evaluated data from 78,947 patients, average age 56 years, being treated for HCV within the VA system who initiated therapy between January 1, 1999, and December 31, 2015. Pretreatment HCV viral load was compared with HCV viral load at least 4 weeks after the end of HCV treatment to determine whether the patients had achieved a sustained virological response.

In addition to DAA treatment, other factors also contributed to the increases in HCV treatment and cure rates. Those included increases in VA funding to cover the cost of these medications; introduction of innovative care models, including teleconsultation; and establishment of a nation-wide network of VA treatment teams (Hepatitis C Innovation Teams or “HIT”) based at every VA in the country.

Since February 2016, after the study ended, the VA has provided unrestricted access to antiviral medications for all HCV patients irrespective of the severity of the underlying liver disease.

“This means that all HCV patients in the VA can receive antiviral treatment. This is in stark contrast to most other healthcare organizations, which limit access to HCV antivirals to patients who have advanced fibrosis or cirrhosis,” he said.

Ioannou suggested that primary care physicians “need to consider antiviral treatment in every single patient with an HCV infection. If they are unsure, they need to refer their patients to local hepatologists or other treatment experts.” 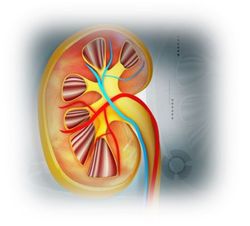