CCHIT aims to refocus its mission on global health IT efforts

One of the most well-known electronic health record (EHR) certifying commissions has decided to stop accrediting EHR systems.

The Certification Commission for Health Information Technology (CCHIT) will no longer accredit or test EHR systems; it will focus instead on global health information technology (IT) efforts, in conjunction with the Health Information Management Systems Society, according to a press release.

CCHIT has been certifying EHR systems since 2006 and became a certifying body with the Office of the National Coordinator for Health Information Technology (ONC) in 2012. CCHIT has certified more than 300 products for ONC 2014 certification, and 70 products in the process of certification, according to Alisa Ray, CCHIT executive director. CCHIT stopped taking applications for certifications on January 29, and looks to complete pending certifications by May. The commission has 77 products that have been certified through independent CCHIT programs, and those certifications remain valid until December 31.

The commission cites the recent changes in Meaningful Use 2 certification as one reason for the change. "It's apparent to both providers and vendors that the pace of ONC 2014 Edition certification has been slowed by the challenges of more rigorous criteria and testing, and the timing and nature of future federal health IT program requirements remain uncertain. With these changes, we can provide a greater level of support and counsel to providers and vendors, something we could not undertake as a government authorized certification body," Ray says.

The commission will continue to offer programs and develop health IT policies, and it will work on efforts to increase interoperability between health IT products. 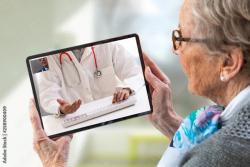 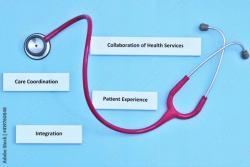