Roth IRAs are a great way to invest for and during retirement, and you can leave them to your heirs. But if, like many physicians, you have a substantial income, you may have been told this disqualifies you for a Roth.

You may have been told wrong. If you have a 401(k) plan, you might be able to use a backdoor strategy to qualify for a Roth IRA and fund it at a rate well above the normal limits. This strategy may be more available to business owners, including physicians who own their practices, than to employees, as owners can sometimes influence the provisions of their company retirement plans.

Roth IRAs offer a significant advantage over regular IRAs and 401(k) plans. Unlike these other retirement plans, contributions to Roths are made with money you’ve already paid federal income tax on, so there’s usually no tax on withdrawals if certain conditions are met; you must be 59½ or older and the account must be at least five years old. The taxless withdrawal feature is one of the main reasons people move assets from 401(k) plans into Roths, a move known as Roth IRA conversion.

Doing these conversions is particularly attractive now. As converting triggers ordinary income tax from the tax-deferred assets converted (as though they were liquidated), the prospect of a federal tax increase for the upper brackets in the next year or two—part of President Biden’s agenda—may mean substantial tax savings for those converting sooner.

But you may be concerned that your income is too high for you to be eligible to make Roth contributions. The limit, widely published with no exceptions stated, is $140,000 in modified adjusted gross income (MAGI) for individuals and $208,000 for couples.

No less concerning are widely published figures, also without exceptions, for the limits on annual Roth contributions--only $6,000 a year ($7,000 for those 50 or older). Normally, these limits would mean that those approaching retirement without having started a Roth decades ago would never be able to get much money into one, limiting the potential to produce investment gains.

However, depending on how your practice’s 401(k) plan is set up, you may be able to start a Roth with much larger contributions. This can be accomplished by using a somewhat esoteric maneuver known as a backdoor Roth strategy: putting a tranche of after-tax cash into a 401(k) and then, before it generates significant taxable gains, converting your plan asset into a Roth IRA.

This strategy is enabled by a relatively recent, little-known interpretation of the tax code by the IRS that can enable 401(k) plan participants who are over the MAGI limit to bring their annual contributions up to a maximum of $64,500 ($58,000 for individuals under 50) by contributing after-tax money atop their pre-tax contributions. Ordinarily, putting after-tax money in a 401(k) would seem counter-intuitive, as the chief attraction of these plans is to defer tax on income, usually until account holders retire into a lower tax bracket. But for the purpose of super-funding a Roth just before a conversion, contributing after-tax money makes a wealth of sense because not only can it all be converted to a Roth, but this also, this maneuver gets you around the income limit.

The mechanics of this strategy can be complicated, so it’s best to use the services of a qualified wealth manager to avoid errors that could trigger unexpected tax liability.

Factors that determine whether you can use this strategy include:

This strategy was enabled by a clarifying notice issued by the IRS in 2014. The idea was to simplify things for employees with large accumulated 401(k) balances. Yet this notice also paved the way for the backdoor strategy.

Though the IRS issued the notice seven years ago, it has taken a while for awareness of this strategy to permeate the financial ecosystem, as little has been published on the subject until recent months.

Though still widely unknown, this strategy nonetheless offers a huge advantage for physicians approaching retirement, potentially allowing them to get a lot more cash into a Roth so they can use its tax-free gains to pay retirement expenses. 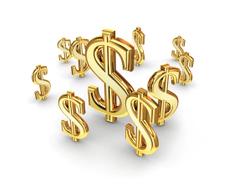 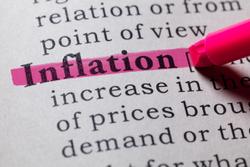 Inflation explained: 5 ways it impacts your wallet and the economy