When he's not treating patients, you might find him dressed like a cowboy demonstrating his target-shooting prowess.

MWN: What is cowboy action shooting?

Baker: Well, in cowboy action shooting, there are two versions. There is mounted shooting, which is on a horse, and then what I do is shoot on the ground. We’re shooting steel targets. It’s a variety of things. We shoot two pistols, a rifle and a shotgun.

MWN: How many different targets are there and how far away are they?

Baker: Pistol targets may be as close as 2 yards or they may be as far as 10 to 15 yards and our rifle targets go out to as far as 15 to 17 yards, and shotgun targets are about the same distance. Typically,you’ll have five rounds in each pistol. So that’s 10 rounds, and rifle will typically have nine to 10 rounds. And then shotgun you may shoot anywhere from two shotgun shells to 10 shotgun shells; it depends on who sets the target array up and how they want you to shoot it.

MWN: Is there a time limit? Is this a speed
and accuracy contest? Or just accuracy?

MWN: So how did you get started in this?

Baker: I took care of a patient a long time ago — this was in the mid-’90s — who had a spinal cord malignancy, and unfortunately he passed away from that. And about six months after his death, his brother called me and asked if I was going to be in the office at the end of the day. I said I would be, and he said, “Well, my brother, I was finishing up his estate and he asked me to bring you something.” I told the brother that I took care of the other brother basically for free because he was destitute at the time that he was in trouble and I said I don’t require any repayment. He said, “No, my brother really wanted you to have this.” So his brother brought me a single-action Colt revolver. And his brother had made the pistol grips for that revolver himself for the person who had expired. So that has quite a bit of meaning to me. But in the meantime, I was reading a magazine at that time, which would have been about 1999 or so, and I saw an article about cowboy action shooting. I looked into it, and there was a small club north of us about an hour. I went up and watched and I thought that was fun. I actually had most of the clothing because I had shown horses and I still show horses at this time. I had some of the firearms; I just had to buy a few extras. I got interested in it and it turns out to be a lot of fun.

MWN: You said you have horses but you don’t do the mounted shooting at all?

MWN: How long have you been doing this competitively?

MWN: We tend to think cowboys are just American, but it sounds like there are people from everywhere that are enjoying this.

Baker: There are. I’ve met people from New Zealand, Australia, France, Italy, Slovakia, Norway, Canada, Japan and then from all over the United States.

Baker: You know, every one of them has very good cowboys that are very tough shooters. And we do compete in different categories. My category I shoot is classic cowboy, which means that I dress up like a cowboy, with the chaps, with the roping cuffs, with the spurs, with the felt hat, I wear the vest, all that stuff. And it’s not age based, so I have to shoot against people who are anywhere from 18 to 100 if they’re in the class. There are categories that are age based, and categories where you can dress up Western so you look like Roy Rogers with the fringe and all the shirts and belts and all that stuff. Or it can just be as simple as wearing a pair of blue jeans, boots, long-sleeved shirt and a hat.

MWN: How does this help you relax after a busy day at the practice?

Baker: It just takes my mind away from all the stressors that I have in the office because I have a fairly busy office practice, and not only dealing with patients — dealing with administration, dealing with finances, all that stuff. This just allows me to decompress a little bit and I think about something completely different.

MWN: What else would you tell people about cowboy action shooting?

Baker: Well, the thing that’s fun about this activity is that everybody that shoots it has a good time. We laugh, we smile. There are people from all walks of life. I’m a physician, but I’ve met people who do everything, and we all have a good time. There’s nobody winning a Cadillac with this. We’re not making a putt that’s going to pay us a million dollars. It’s just fun. 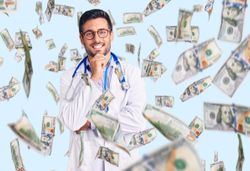 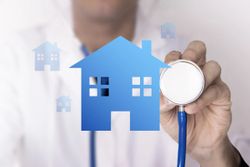 How to invest in real estate (without being a landlord) 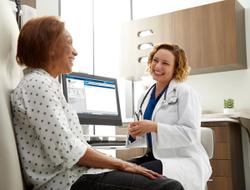