The role of ezetimibe and PCSK9 inhibitors as treatment for patients who are statin intolerant or require add-on therapy to help reduce cholesterol levels.

Dhiren Patel, PharmD, CDCES, BC-ADM, BCACP: Dr Bhatt, obviously not all patients are going to get to their goals with just statins. What’s the role of ezetimibe? You’ve been very involved in some of these pivotal trials. Talk to us about your experience and where that fits into your toolbox as we think about these additional tools in our toolbox.

Deepak L. Bhatt, MD, MPH, FACC, FAHA, FSCAI, FESC: That’s a great question. Ezetimibe is an underutilized drug. It’s inexpensive—it’s generic now—very safe, very well tolerated other than the occasional gastrointestinal adverse effects or discomfort. There’s very little in the way of systemic adverse effects. For patients who are truly statin intolerant, it’s a terrific option. For patients who have myalgia on ezetimibe, that’s a pretty good sign that the myalgias they had on the statin were not related to the drug. Sometimes patients who have statins with the 1, have it with the other, and then you can be quite sure that it wasn’t because of the drug. But it doesn’t matter in some respects if the patient thought it was because of the drug.

Dr Busch alluded to this, though he didn’t call it as such. The nocebo effect is a well-understood phenomenon. Much as there can be placebo effects, where a placebo makes a patient feel better, sometimes that can be used to therapeutic advantage. But the nocebo is the opposite, where there are assumed adverse effects from something. With statins, unfortunately, it’s all over the internet—all sorts of things they might do. It’s a shame because with the widespread generic availability of statins, they remain underutilized. For the patient who’s truly statin intolerant, ezetimibe is a great option. For the patient who’s on a statin already, and their LDL [low-density lipoprotein] hasn’t gotten to their goal—that goal may vary depending on the patient type, and the guidelines are clear in terms of what targets should be and thresholds should be—adding ezetimibe wouldn’t be expected to interact with the statin or increase adverse effects but can get some additional LDL lowering. It’s a great but underutilized tool in our armamentarium.

If that doesn’t work, then we can step it up a notch in patients at high risk. This is applicable to patients in the secondary prevention universe. Though in patients who have familial hypercholesterolemia, it would be in the primary prevention universe, like PCSK9 inhibitors, which are, at least as formulated, injectable agents that are very potent. They lower LDL cholesterol by 50% or 60% and can be useful for patients whose LDL is very elevated, but statins and ezetimibe don’t do the trick—patients who are statin intolerant, who can’t go on just ezetimibe. These are agents that are very well tolerated, with very few adverse effects other than injection site reactions—not much speak of. These are branded, so they’re expensive. That’s the major barrier in terms of their use and what limits their uptake.

Perhaps in the future, if more PCSK9 inhibitors enter clinical practice, several are being tested and are in development, that might lower the costs. There are other ways of targeting PCSK9 other than the available monoclonal antibodies that at least theoretically should be cheaper than a monoclonal antibody. Very recently, there have been some very preliminary data presented about oral PCSK9 inhibitors. So a lot of interesting things are going on. But in terms of what’s actionable, the algorithm beyond lifestyle modification would be statin, ezetimibe, and PCSK9 inhibitor.

Robert Busch, MD: As a provider, there’s nothing more fun than calling the patient who’s on the PCSK9 to tell them that their LDL is lower than their grandchild’s LDL. I like making that phone call to tell someone their LDL is in 1 digit, which is incredible. They almost always work. 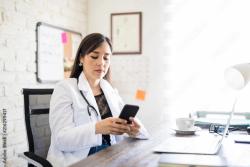