Victory lies in the preparation when it comes to payer negotiations.

Payer contract negotiations can be a fraughtfor medical practices, but with the right preparation a negotiation can go your way.

She says the first the first, important step in preparing for payer negotiations is analyzing the payer mix, which is a breakdown of a practice’s charges by payer. Next should come an analysis of gross collections which is the payments received minus the charges by the payer. Then an analysis of administrative burden which allows the practice to quantify the financial impact of the burden. And finally analyzing reimbursement and cost per visit/procedure.

All of these analyses should be folded into the practice’s proposal development by reviewing them and identifying the practice’s payer targets. The practice should also determine whether their relationship is direct or through another entity.

“Then probably one of the most challenging parts of negotiations or starting negotiations is finding the representative,” Jacobsen said.

Once the practice identifies its representative, that individual should supply all executed agreements, production participation list, full fee schedules by CPT code for all products, and the renewal date.

“You’ve got to ask the payer if they have a renewal date that you need to be mindful of,” she explained. “Because if you don't, you might start a negotiation, but it won't be effective for another year because of this renewal date.”

The next step in preparing for negotiations is to model. Jacobsen says her company compares the payment per CPT codes to Medicare.

Next the practice should survey the market.

“This is really important because you’re preparing to talk to them,” she said. “So, you need to know what's going on. Are they rolling out a new product? What are they selling in the marketplace?”

Jacobsen says that she is often asked whether a practice should negotiate with a new payer in the market. She says this is the best time to negotiate.

With this information, the practice should be prepared to start crafting their proposal to begin the negotiation. 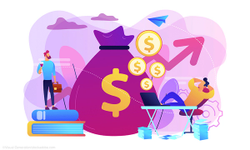 Five Signs the Market May Be Heading for a Sustained Uptrend

Fallout from the FTX bankruptcy and the future of crypto