An interview with Tammie Chang, M.D.

Tammie Chang, M.D., a physician and author, details the unique challenges facing female physicians and what women in medicine can do about them in her new book, “Boundaries for Women Physicians: Love Your Life and Career in Medicine.” Chang sat down with Medical World News® to discuss these topics. The following transcript was edited for length and clarity.

Tammie Chang, M.D.: There are lots of challenges. I think one of the biggest ones is just the lack of support for women. For female physicians, there are very few accommodations. Typically, when women physicians are just coming out of training, they’re coming out during the peak childbearing years, when they’re trying to start a family. They’re trying to juggle a lot of things: the home, the families, the workplace. The jobs themselves have very demanding work schedules and call schedules, and there just really isn’t a supportive culture. There are also few women making it to leadership. The leadership funnel narrows very early in the career. Only about 50% of leaders within health care are women even though women actually make up more than 80% of health care workforce when you look at all different fields, not just women physicians. So they’re not becoming decision makers, they’re not getting a seat at that table to really make change that’s conducive and supportive of women in the workforce. I think there’s still a lot of gender bias that women struggle with. It’s becoming more and more open and talked about now, thankfully, in health care and in this industry, but it impacts the daily lives of women physicians, because they are viewed as leaders, even though they don’t realize that they are. There is a double standard when it comes to how women are viewed in the workforce compared to their male physician colleagues. There’s a much tougher standard.

MWN: What are some of the challenges you were facing when you decided to write your book?

Chang: I was severely burned out. I had taken on all the responsibility because that’s all I knew how to do. I was suicidal and had to take a leave of absence and almost quit practicing medicine. More than 70% of physicians are now experiencing moderate to severe levels of burnout at this stage in the pandemic. That rate is even higher in women physicians. But we don’t talk about it much, so that’s why I’ve written this book. I’ve essentially written everything that I wish someone had told me.

MWN: Do you have any favorite moments
or conversations you’ve had with fellow
female physicians?

Chang: I’m running a five-day mini book club right now. We were talking about how hard it is to set some basic boundaries and we watch our male colleagues at work, and they don’t seem to struggle at all. It doesn’t seem to faze them. And so then it brought up questions about why. Is it biology? Is it how we’ve been raised or nurtured or socialized? Is it how we were raised with kids? Or another way to think about it is maybe it is actually bothering them, but they’re not showing it. We don’t really know what they’re experiencing on the inside, and so maybe not just assume that it’s easy for them, maybe it’s hard, too.

MWN: Why is it so important that we support women physicians?

Chang: We’re finally at a place where 51% of med school students are women. However, 40% of women physicians are either quitting or going part time within six years of finishing training. That’s a problem. We’re not keeping them in the workforce. There is also data showing better patient outcomes (with women physicians) that include higher patient satisfaction scores anddecreased morbidity and mortality. It’s so important for us to continue to push forward and make things more equitable because we want to make things better for the next generation.

MWN: One of the biggest issues today is the conversation surrounding the pay gap between male and female physicians. What do you think society can do to bridge that gap?

Chang: I think it’s huge that it’s hit big headlines recently. There are still a lot of people, even in medicine, who don’t believe it. I think awareness is the first piece, and then also getting people to recognize that it’s actually happening in their own system. There’s a New York Times article that I shared and I got so much negative feedback from it. I had a few health care CEOs reach out to me say, “Oh, we don’t have that in our system.” And I’m like, “Yeah, I bet you do —you just haven’t looked.” It’s about being honest and having the humility to go, “Oh, maybe this is happening within my organization that I’m in charge of and who is responsible for these things?” Maybe it’s not happening, and that would be amazing, right? Then share that data widely. Make it one of your metrics that you’re trying to follow each year. It shouldn’t matter what the role is; it should be the same, regardless of gender. Doing that on a local level at home, in our own organizations and institutions — that’s huge.

MWN: What are some ways female physicians can support each other?

Chang: There’s an unspoken understanding and bond when we’re a group that’s struggled together. It’s finding each other wherever we’re working. I call it a “raft of otters.”Female otters band together in stormy seas and create a raft with their paws. That’s what I strive to do in my daily work as the medical director of provider wellness for my health care system to which is trying to create little pockets of rafts for every single person working for our system. I tell people to reach out and connect with just one person, because the reality is that the other person probably needs a friend, too. 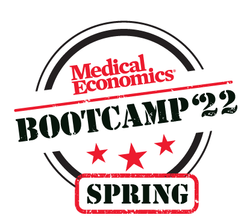 Bootcamp 2022: Address Patient Needs in 2022 With a Membership-Based Model