How doctors can level the playing field for salary and contract negotiations.

Because of increased consolidation and a variety of other factors in healthcare, this problem has only worsened in the last decade. Many physicians in private practice have found themselves sitting across the table from an executive at a large hospital or health system that is looking to acquire their practice.

In a perfect world, there would be blinking red lights warning the physician to proceed with caution. The fact is, it doesn’t matter whether a physician is in their first, fifth, or 20th year of practice, in general they lack the training around salary and contract negotiations to match wits with savvy hospital executives.

The result? Physicians often wind up underpaid, relative to their colleagues, or otherwise shortchanged in their contracts.

This outcome doesn’t necessarily stem from any malicious intent on the part of the hospital. It’s more a reflection of the way the incentives are set up in American hospital-side healthcare. When hospital executives consider recruiting or acquiring a physician or physician group, they focus on return on investment: How much is this hire going to cost and how much revenue is that doctor going to bring in as a result?

Put another way, the hospital wants to acquire a physician at the lowest cost, while generating the highest revenue and maintaining the highest clinical quality possible.

This milieu can be treacherous for any physician who doesn’t have a strong understanding of their market value. A physician who’s spent four years in residency training making $55,000 a year is suddenly offered a salary of $250,000 a year might not think to question it too much, or to see if there are better offers out there. After all, they just increased their salary nearly fivefold – surely there’s no downside in that turn of events.

The truth, however, is that they are probably aiming too low without even knowing it. This is particularly true for Black and female physicians. They might ask other doctors in their peer network who happen to be African American or female what their salary is so that they can get a sense of the ballpark without realizing that there’s already a 20-30% pay disparity for these populations.

Hyperbole? Unfortunately, not. For instance, female physicians earn approximately $0.75 for every $1.00 made by a similarly-skilled male counterpart, on average. When you’re talking about physician salaries, that difference can translate to nearly $100,000.

While salary and compensation, including various bonuses and production incentives, are an important factor, it is far from the only component that matters. Another way doctors lose out in these contract negotiations is by not viewing the contract from a holistic perspective. I call it the 3 Bs: base, bonus, and bennies.

Base: your salary that you get for showing up and doing your job.

Bonus: compensation the physician can earn by completing an action or achieving a goal (i.e., signing bonus or volume bonuses, etc.).

Bennies: Also known as benefits. These items have value, but cannot be deposited into a bank account (i.e., paid time off, health insurance, etc.)

Also consider whether the ability to focus on research is important to you or curing cancer or advancing medical education. How much vacation is optimal?

Likewise, what kind of practice support or professional development is offered? If you’re a physician who one day aspires to be CEO of a hospital, is the infrastructure in place to support that career path and enable progress towards that goal? A physician who finds themself shortchanged on this aspect of their contract might be curtailing their long-term career plans.

The good news is physicians aren’t destined to lose out every time they head into salary and contract discussions. There are several things they can do to level the playing field.

First and foremost, they should pull the data on salaries for physicians in their geographic area with the same specialty. You can either hire a specialist with industry experience to pull the data for you and make sense of the numbers, or if you're on a tight budget, like many residents and maybe some practicing physicians might be, you can just Google it. There are a number of resources – including Doximity, Merritt Hawkins, and AMGA, amongst others – that publish data from physician compensation surveys on an annual basis.

Second, always make sure you get more than one offer. Don’t just target one hospital or healthcare system that seems like it might be a match, target five to ten of them. Even if only three of those ten provide offers that are in line with what you’re looking for, it provides the necessary leverage to tell your first choice “Can you meet what hospital X and hospital Y are offering me?”

Finally, always counter the first offer you receive. Of course, that's hard to do if you only have one offer, but if you have multiple offers, you have the ability to say, “I was hoping my salary would be a bit more in line with the proposal I received from hospital X.”

The fact is hospital revenues and profit margins are growing. Physician salaries should be growing as well, not remaining flat. By taking an informed and proactive approach in contract and salary negotiations, physicians can ensure they’re getting a fair slice of the pie and not losing out on what they deserve. 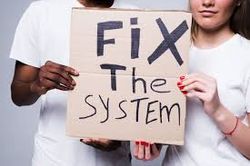 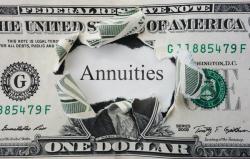 Five annuity myths that can blind you to good financial options