Why physicians deserve a better system — and how to get there

After more than two years of COVID-19, the United States must transform its primary care system to deliver better care at lower cost and to provide greater satisfaction for doctors, medical staff and patients.

The pandemic was seen by many as an opportunity to fix primary care. Two years later, the problems that existed before COVID-19 — and that were in some ways exacerbated by it — will continue to worsen without intervention, according to physicians and health policy experts interviewed by Medical Economics®.

The problems are as familiar as they are intractable. Primary care remains underfunded in proportion to its importance to the health care system. Continued reliance on fee-for-service payments means doctors remain strapped for time because they need high patient volumes to earn revenue. Consequently, patient visits are too short, schedules are too full and physicians are burned out. Workforce shortages are robbing doctors of time needed to focus on patient health. More spending is needed to recruit new doctors to primary care specialties.

All of this has contributed to widescale burnout among primary care physicians — 94% said they have experienced symptoms of burnout, according to the 2021 Medical Economics® Physician Burnout survey. Many are questioning their career choices. One-third of internists said they would choose a new specialty if they could, according to the 2022 Medical Economics® Physician Report.

But there also remains an opportunity to fix what ails the system. “Things are open as much as they have been in a century for primary care to improve its funding, its training, its sense of professionalism in the U.S. health care system,” says Rebecca Etz, Ph.D., a professor of family medicine and population health at Virginia Commonwealth University in Richmond.

“But it could also fail,” Etz adds. “And I don’t think people understand that this is a platform that is too critical to collapse.”

The root cause of primary care’s problems is “a misalignment of payment” between funding on a fee-for-service basis and the ability to provide proactive, population-based care in communities, says Asaf Bitton, M.D., M.P.H., executive director of Ariadne Labs, a collaborative health systems innovation center at Brigham and Women’s Hospital and the Harvard T.H. Chan School of Public Health in Boston.

Bitton was a member of the National Academies of Sciences, Engineering, and Medicine (NASEM) committee that in May 2021 published “Implementing High-Quality Primary Care: Rebuilding the Foundation of Health Care,” a 428-page study outlining the recent history of primary care in the United States and ways to bolster it.

One of its recommendations is plain: Primary care accounts for 35% of health care visits and gets 5% of health care expenditures. In other words, pay primary care doctors adequately for the services they provide and on par with specialists, says Timothy Hoff, Ph.D., professor of management, health care systems and health policy at Northeastern University in Boston.

In theory, investing money in primary care to keep people healthier will lower the cost of specialty care, so the savings pay for better primary care. “But you can’t do that initially until you invest more in primary care up front,” Hoff says.

There should be plenty of money to make that investment. In 2020, the national health expenditure was $4.1 trillion, or $12,530 per person, accounting for 19.7% of the U.S. gross domestic product, according to the Centers for Medicare & Medicaid Services (CMS). National health spending is projected to grow at an average annual rate of 5.4% from 2019 to 2028 and to reach $6.2 trillion by 2028.

Nobody, particularly specialists or hospitals, wants to lose their piece of the pie, so there is counterpressure to maintain the current system, Hoff says. “The only way you make the slice of the pie bigger for primary care is you have to take it from somewhere else. We haven’t tried with much success to do that.”

How do we go about fixing this system? Some physician groups call for single-payer models, such as Medicare for All, that if enacted would blow up the U.S. health payment system as we know it. There is very little institutional support for such a change.

The NASEM report recommends creating a societal goal to direct a greater proportion of health care spending to primary care. It also examines options for dealing with primary care payments and recommends a shift away from fee-for-service to a hybrid model with capitation to pay doctors regular, fixed amounts per patient — in other words, value-based payments.

The goal of MACRA was to incentivize providers to move away from MIPS, a combination of fee-for-service with some value-based incentives/penalties, toward alternative payment models, according to an analysis in a July 2021 Health Affairs blog. But for many reasons, the MACRA programs have not effectively moved providers toward accountable care organizations and participation is declining. The authors of the Health Affairs analysis call for Congress to take up legislation to fix MACRA. “Congress has an opportunity to harness the significant energy behind payment reform and channel it into clear and strong payment incentives for providers to improve the quality of care they deliver and manage total costs of care,” they write.

Instead, there is little that individual physicians and practices can do to impact the conversation around reimbursement rates and value-based care. Some are taking matters into their own hands by opting for insuranceless practices, using models sometimes described as direct care or concierge or membership medicine.

Erika Bliss, M.D., a primary care physician in Seattle, uses a direct care business model with patients paying monthly fees and no billing of insurance at the primary care level, she says. Apart from a revenue stream, direct care allowed Bliss to be flexible, using telehealth for quick responses to patients during the pandemic lockdowns. With a constant stream of referrals, her practice grew so much that she closed to new patients during the pandemic.

“Really, a lot of what we were doing was just monitoring the situation and giving people information,” Bliss says. Other patients and physicians struggled to connect, “and a lot of practices closed or had to fire a bunch of people because they couldn’t pay their bills.”

She describes the difference between a 40-minute specialty examination of one patient issue and trying to address four or five patient issues in a 15-minute appointment. “Because 15 minutes of our time is worth less than
15 minutes of a specialist’s time, we have to see more patients to earn the same amount of revenue as a specialty clinic,” Godfrey says.

As a result, it’s not possible to address the range of issues patients have and in a manner that addresses their issue in the context of their families and communities. Often these patients have to come back for multiple visits to get their issues addressed, she says. And more patient appointments mean a greater need for staff.

Some financial help for staff could be coming. In November 2021, CMS announced the 2022 Medicare Physician Fee Schedule will update its clinical labor pricing rates for the first time since 2002. Essentially, Medicare payments have not kept up with the true cost of clinical staffing, says Sterling N. Ransone Jr., M.D., FAAFP, the president of the American Academy of Family Physicians (AAFP) and a family physician in Deltaville, Virginia.

“We’re using 20-year-old data to pay me in order to pay my staff, and prices have gone up quite a bit since then,” Ransone says. More money for physicians to pay for nurses and medical assistants can improve patient care while easing the financial strain on primary care practices, he says.

The health care workforce was strained even before the worst times of COVID-19. For some, the pandemic became the tipping point.

In March 2020, the Larry A. Green Center — a Richmond, Virginia-based institute that studies primary care — began a regular national survey that became a running tally of pandemic stress on physicians and their staff and how it has affected patient care. Two years later, 62% of responding clinicians say they know of other doctors who retired early or quit during the pandemic, 29% say they have personal knowledge of practices that closed and 25% reported they expect to leave primary care within the next three years.

“It’s a bad situation,” says Etz, a co-author of the NASEM report. “These people are really struggling. We really need to figure out both how to increase the workforce that we have in primary care and how to support the current workforce that is suffering historic highs of mental exhaustion and burnout and historic lows of resilience.”

Primary care cannot necessarily rely on a steady stream of new physicians. Medical schools are only sending about 12% to 15% of graduates to primary care — not enough people to replenish the health care system, Etz says. The situation likely will get worse. Last year the Association of American Medical Colleges projected a national shortage of between 17,800 and 48,000 primary care physicians by 2034.

There are policy solutions that could help. Physician groups applauded in December 2021 when CMS announced 1,000 new Medicare-funded physician residency slots in qualifying hospitals. They will be phased in with 200 a year over the next five years, targeted for hospitals with training programs and the greatest need for physicians. It was the largest increase in Medicare-funded residency slots in more than 25 years, according to CMS.

Those slots need to focus on primary care, “the bread and butter, which is foundational in medicine,” not subspecialties, says George M. Abraham, M.D., M.P.H., MACP, immediate past president of the American College of Physicians and an internal medicine physician in Worcester, Massachusetts.

The AAFP has called for more federal spending on programs that target primary care, such as the National Health Service Corps, which started in 1972. It offers scholarships and student loan repayment for doctors and other health care staff who work in underserved areas around the nation.

The academy endorses the federal Teaching Health Center Graduate Medical Education program, which started in 2011 and has trained more than 1,148 primary physicians and dentists in underserved areas, with 65% working as family physicians.

As a field, primary care needs a fresh approach to recruitment, Abraham says. “Unfortunately, we don’t have the equivalent of an NBA or an NFL or an NHL draft, so there aren’t these people queuing up to be a member of the team,” Abraham says. “We’re sort of coaxing people to come play with us.”

Medical students learn that treating patients with multiple medical problems is time consuming, energy draining and sometimes demoralizing, and they will make more money and likely have less workload as specialists, Abraham says. Physicians need to talk to medical students about the joy they find in getting to know patients, sometimes generations of families, and the mutual caring relationships that can develop. Getting students out to see how primary care affects a community “would be incredibly beneficial,” especially during the third and fourth years that are specialty oriented, Ransone says.

As pandemic conditions subside, doing more of the same is an option — and probably the worst one if physicians hope to see meaningful change in payment methods and finding new doctors, experts say. Physicians and analysts already know primary care is the only part of the health system in which regular investments produce more equity and lower mortality, Bitton says. Physicians need to be part of the solution set, and that starts by articulating their needs to patients, payers and policy makers.

“That’s going to require advocacy, political organizing (and) articulation of a clear use case just like other physician and nursing specialties do,” Bitton said. “I mean, cardiologists and neurologists are really good at advocating for the things they need. I would argue primary care should be just as good or better. We offer a huge value proposition for the rest of the health care system for our communities (and) for our country. Now we need to state it and then get to practicalities and then implement it.” 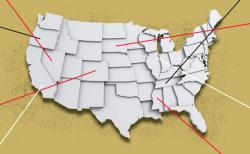