Converting a deferred annuity to a lifetime income annuity can be a great move, but it pays to shop the market instead of routinely annuitizing with the same company.

If you’ve saved up a lot of money in an annuity, you’re in a fine position for a financially secure retirement. Once you are retired, what’s the best way to get your money out of your annuity?

All cash-value-type annuities, whether fixed-rate, fixed-indexed or variable, are tax-deferred until you take money out.If you’ve owned an annuity for many years, you probably have significant untaxed gain built up. It’s a good problem to have.

If you cash in and surrender your annuity, you’ll pay income tax on the gain all in one year, and that may bump you into a higher tax bracket. By taking out your money gradually, you can spread the taxation of that gain out over many years and avoid paying a higher tax rate—and also get a guaranteed lifetime income. That’s where annuitization comes in.

Annuitizing means converting the money in an existing deferred annuity into a guaranteed income stream. You turn over the money in the annuity to the issuing insurance company in exchange for guaranteed future income. This is commonly called an income annuity. Annuitization is irrevocable: you’ll no longer have access to your funds or the ability to withdraw them.

While you may choose an income annuity that pays out over a set term, such as 15 years, most people choose a lifetime income annuity. This option gives you a guaranteed monthly payout for as long as you live. Each payment includes both taxable income and nontaxable return of principal.

Even after the insurer has repaid the entire principal you deposited, you’ll still get the same income. A lifetime income annuity thus offers longevity insurance. It protects you from the financial risk of living to a very old age.

If you’re married, you can choose a joint-life payout so that a surviving spouse will continue to receive the same income after his or her spouse has died. Cash refund is also a popular option that guarantees that your premium payment will not be lost if you (or both spouses) die before the full amount of your annuity purchase has been paid back. If that happens, your named beneficiary will receive the difference.

Annuitization technically means you use the same insurance company that issued your existing annuity. That’s fine if your current insurer offers the best deal around.

But it probably doesn’t. The annuity industry is very competitive and constantly changing.

Before annuitizing, always get competitive annuity quotes to determine if other insurance companies will pay more income. Ask an annuity agent that represents multiple insurers to shop the market for you.

If another insurer offers a better deal, your agent can arrange for a “1035 exchange” to the new insurance company.Such a transfer is tax-free because the funds go directly from one annuity company to another.

The new insurer will use your money to set up a single-premium immediate income annuity—called an immediate annuity for short. Though this isn’t technically considered annuitization, it amounts to the same thing. The only difference is that you’re changing companies. You exchange your existing annuity’s accumulation value for a guaranteed income that starts immediately.

Unlike life insurance, annuities aren’t subject to underwriting. So, there’s just one potential roadblock to a 1035 exchange. Most annuities levy a surrender charge if you cash in the annuity during the surrender period.For example, a five-year fixed-rate annuity would usually have a declining surrender fee if you cancel the contract or remove more than the penalty-free amount of money before the five years are up.

To avoid paying that fee, you can wait until the surrender period is over. If you can’t wait, ask your annuity company if it will waive surrender charges when you annuitize with it. If it will do that, that’s great. But you won’t get the advantage of comparison shopping.

Annuity expert Ken Nuss is the founder and CEO of AnnuityAdvantage, a leading online provider of fixed-rate, fixed-indexed, and immediate income annuities. He launched the AnnuityAdvantage website in 1999 to help people looking for their best options in principal-protected annuities. He writes on retirement income and annuities regularly for several leading financial websites. A free quote comparison service with interest rates from dozens of insurers is available at https://www.annuityadvantage.com or by calling (800) 239-0356.

Physician payment in 2023: Will a lame duck Congress take action? 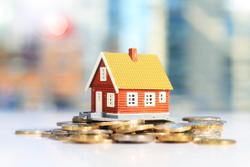