Bitcoin, Dogecoin, Litecoin: These may sound like collectibles from a video game, but savvy investors have turned these cryptocurrencies into an attractive vehicle for those with an appetite for risk.

In the 12 years since Bitcoin was introduced, these digital currencies have been used for things as varied as buying illicit drugs on the internet to massively overpaying for pizza. Now that companies like Tesla, Inc. and Square, Inc. have amassed hordes of the assets, what started as a project from an anonymous person or group has become the hottest trend in investing.

Although it may seem like a ticket to quick riches, experts warn investors that the young market can be volatile and that some of the actors in the space may have malicious intent.

These assets are essentially a type of decentralized digital money meant to be used over the internet and built on a technology known as blockchain, which is basically an open-source ledger that can easily be read by anyone, according to cryptocurrency trading platform Coinbase. This blockchain is maintained by large server farms called mines that compute millions of math equations to verify transactions in a race against other mines. The first mine to complete the calculations and update the ledger are rewarded with more of the currency, which has made mining an attractive prospect for those with excess computing power available.

Proponents say this decentralized foundation and the open nature of the ledger make cryptocurrency transactions more secure than traditional online payments. The prospect of being able to spend the asset for goods and services adds another layer to its appeal that normal investments can’t compete with.

But many argue that in the race to verify transactions, miners are having an outsized impact on the environment. Bill Gates, the co-founder of Microsoft, told The New York Times earlier this year that Bitcoin uses more electricity verifying each transaction than any other method, a severe liability at a time when the public and governments are trying to get serious about combatting climate change.

What to know before you invest

Zak Killermann, assistant publisher for global financial at Finder, says that first-time cryptocurrency investors should keep in mind this is still a young market undergoing regulatory changes and developments in countries around the world.

Indeed, as The Washington Post reported in March, President Joe Biden’s administration is studying gaps in oversight connected to the fledgling market, citing the wild swings in value Bitcoin saw in the opening months of 2021.

Even though established assets such as stocks have been highly regulated with different classes of stocks for different parties and established criteria and qualifications for brokers, Killermann says the cryptocurrency market is wide open at the moment.

According to Killermann, impending government regulation isn’t something to be feared because it could smooth out some of the wrinkle in cryptocurrency investing.

Killermann recommends first-time investors do their homework and learn as much about the currency they’re looking to invest in before buying into it. He says his website, Finder.com, publishes unbiased explanations of the concepts, players and what coins are available as well as analysis of where they think the market is going. But he says it’s unwise to trust any one source of information when it comes to the fledgling market.

“The market not yet at a place where I feel comfortable pointing to one individual’s advice and saying, this person or this website or this source of information will always be correct,” he says. “So I’d always recommend at least checking two or three places before feeling comfortable with the research that you’ve done.”

Julianne Andrews, MBA, CFP, AIF, senior wealth advisor and senior director at Mercer Advisors Inc., in Atlanta, says that especially after the COVID-19 pandemic prompted some people to eschew paper money, the move to a digital-only currency is likely to come about once regulation catches up to the market. She says cryptocurrencies should fall into the part of an investor’s portfolio allocated for real assets, commodities or real estate — investments that are more volatile.

“Most advisers, if they have an allocation to commodities or real estate in their portfolio, it’s going to be 5% or less. It’s going to be a small allocation,” she says. “So it’s not a big part of the portfolio.”

Most importantly, Andrews recommends that her clients seeking to add cryptocurrencies to their portfolio create a separate account with a set amount of money in it that they’re completely comfortable losing.

“So just imagine that’s going to zero. That probably won’t happen — but could,” she says. “And then we can do those kinds of things. But it would not be for your serious nest egg. (You’re) not going to retire on this money.”

Nothing wrong with healthy cynicism

Daniel Griffith, senior vice president and director of wealth strategy for Huntington Private Bank, says that a healthy cynicism about the cryptocurrency market is wise. His own institution does not offer them as part of their core investment portfolios.

He says that when an investor looks to enter any market, it is important to consider whether the asset is right for what their trying to accomplish. If a physician who is fully invested in their retirement wants to enter the cryptocurrency market, they should only use any extra funds they have sitting on the side; these are dollars that would normally be spent on discretionary items.

Volatility is the byword for cryptocurrencies. Although some investors see that as a plus, many see the risks outweighing the positives of entering the market. Griffith says that some of the risks he sees in the cryptocurrency market as it stands now include the risk that the open-ledger nature of blockchain leaves the investor open to theft and to examination by the IRS.

“Taxation of these assets is kind of in flux a little bit too. A lot of people think of it as a replacement for cash, but it’s really taxed as a property. So it’s subject to capital gains and ordinary income treatment in certain situations,” Griffith says, adding that the Biden administration has earmarked funds to crack down on reporting in the cryptocurrency market, tying it to new rules for banks and financial institutions.

Another risk that Griffith says investors should be aware of is the literal threat of actual loss — specifically, that it’s possible for an investor to simply lose access to their cryptocurrencies.

“There are plenty of stories of people who have old Bitcoin on a computer, and they’re not able to access it,” he says.

The nature of the market and how hot it has become in recent months have also opened the door to malicious actors who seek to scam the unsuspecting out of their assets. “There’s not, at this stage of the game, insurance to cover that,” Griffith says.

Is this a bubble?

There is concern that cryptocurrency — like the housing market in the late 2000s and internet startups in the late 1990s — is just a bubble that could leave latecomers holding the bag while early investors run away with massive windfall profits.

In his estimation, which he makes clear isn’t investment advice, Killermann says he does not believe that the cryptocurrency market is a bubble but, rather, a new avenue for investing just finding its way.

“We’re in the early parts of a technology that has implications (that) can change the way we look at finance, the way that we look at record keeping and securing data, and all of the surrounding topics,” he says. “So will we see more volatility, huge drops and huge gains, moving forward in the crypto industry? I personally think absolutely. We have no idea where we’re going to land.”

Griffith says that only time will tell but that one thing is obvious: “What we can be sure of is that the volatility that we’re experiencing right now is not likely to end anytime soon.” 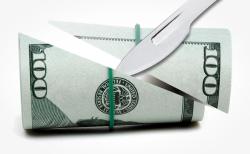