One of the key goals of accountable care organizations (ACOs) could put these new models of healthcare delivery in greater danger of being hit with malpractice lawsuits, according to an article published in the Journal of the American Medical Association.

One of the key goals of accountable care organizations (ACOs) could put these new models of healthcare delivery in greater danger of being hit with malpractice lawsuits, according to an article published in the Journal of the American Medical Association.

The ACO model is all about moving beyond the fee-for-service approach and into bundled payment structures that encompass all of the services provided during a single episode of care. Any cost savings that are generated via the bundled approach compared with fee-for-service are then distributed in "shared-savings" payments to ACO participants, in theory incentivizing all members of an ACO to contain costs.

And it's that explicitly stated goal of cost containment that could increase legal liability for ACOs, according to the JAMA article, which was written by H. Benjamin Harvey, MD, JD, of Massachusetts General Hospital, and I. Glenn Cohen, JD, or Harvard Law School.

"When cost-saving efforts play a role in medical decision-making, there is an inevitable tension between cost containment and medical liability," they write.

In other words, when poor patient outcomes lead to malpractice litigation, plaintiffs' attorneys could attack ACOs' cost-containment efforts as among the factors that created those poor outcomes.

This would not be unprecedented, the authors assert. Two decades ago, managed care organizations' (MCOs) cost-reduction measures faced a similar challenge.

"As agents of cost containment in the 1990s, MCOs were subject to a wave of member lawsuits that alleged negligent medical decisions and that were supported by a common assertion that MCOs negligently prioritized their financial success over the health of their members," the authors state.

That situation changed for MCOs in 2004, when the Supreme Court gave MCOs some immunity against state law tort claims by recognizing federal preemption of these claims for employer-provided health insurance plans subject to the requirements of the Employee Retirement Income Security Act (ERISA).

While the legal technicalities may not be germane to this discussion, what's important is that the Supreme Court's move had the effect of reducing MCOs' liability exposure. ACOs currently enjoy no such protection.

That leaves ACOs vulnerable to the claim that their actions or policies prioritized cost savings over patient safety, contributing to the plaintiff's harm.

The potential increased liability could then have a "chilling effect" on the formation of ACOs. As ACOs' legal-defense costs rise, potential entrants into the market may become leery of entering. Further, the simple threat of greater liability could end up making physicians in ACOs hesitant to consider costs in their clinical decision-making, in part defeating the point of ACOs in the first place.

So what's an ACO to do? The authors offer three suggestions:

The authors conclude by noting that, "Although ACOs represent an important and exciting innovation in healthcare payment and delivery, that innovation may be stymied by the threat of an uncertain liability environment." 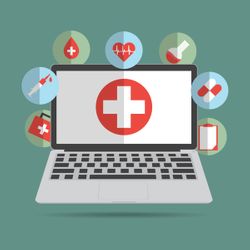 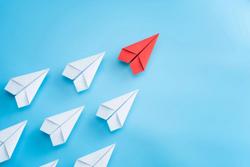 The 7 virtues of a successful practice