Mike Middleton, M.D., is a nuclear medicine physician in Texas and also is an award-winning accordionist.

Mike Middleton, M.D., is a nuclear medicine physician in Texas and also is an award-winning accordionist.

Medical World News® (MWN): When did you start playing the accordion?

Mike Middleton, M.D.: My mother tells me I became interested when I was about 6 years old. My dad was a district Boy Scouts executive, and we were at a Scout camp in New Mexico. There was an older man who used to play this accordion at the campfire. And my mom said I was just totally infatuated with this box that this guy had because it had all these buttons. I just kept going up and pushing them, and the guy would show me stuff.

That must have triggered something in my brain as a little kid. For my birthday, my mom bought me a little 12 bass accordion, and I started with lessons at the beginning of kindergarten. I remember it pretty clearly.

Nowadays (playing the accordion is) not as prevalent, and it’s harder to find teachers. Back then the accordion was a lot more popular, even though it wasn’t as popular as it was in the 1940s and 1950s. What made the accordion less popular was the development of the guitar; all teenagers wanted to start playing the guitar and drums. I was one of the weird kids who stuck with the accordion.

MWN: Is there a connection between medicine and music?

Middleton: I would say so. I have played in a lot of nursing homes, memory care facilities and retirement centers. And I have learned over the past 30 years that there is something in people as they get older — they may forget stuff, they may forget where they put their keys a few hours ago, they may forget people’s names. But you know what they don’t forget? Songs from when they were younger. At memory care facilities, I play for a lot of Alzheimer’s groups and Parkinson’s groups. Sometimes they’re kind of hunched over and just look depressed and they’re in their own world. But music triggers something in the brain and starts firing those synapses, and they start remembering songs. They pay attention, they start tapping their foot or clapping their hands. And it’s always been one of the most rewarding things to me to make people happy playing music. That’s the connection that I see. I’m sure there’s a much, much, much better scientific explanation for it.

I’m a nuclear medicine physician. Part of my job is to inject radio isotopes into patients to either look for cancer or see if their cancer has gotten worse. None of my patients really ever thanked me for that; it’s not something you want to thank your doctor for. But I do get a lot of satisfaction from people who appreciate my music.

Middleton: I’ve had a lot of friends who are physicians who have retired. Medicine was their life, and they find a void when they retire. If I could give one message to other physicians, it’s try to find the balance between your professional career and your home life. Find something you’d like to do as a hobby. It happens that accordion playing is my hobby. I make money at it, but I would do it if I wasn’t paid at all because it’s fun and it uses a different part of my brain. It gives me something to do so I’m not thinking about my patients’ conditions. When you’re a physician, you’re dealing with life-and-death situations, you’re dealing with cancer, and it can be quite depressing. Even though I feel like I’m helping my patients, it can just leave you frustrated and sometimes very sad. That eats at you after years and years of taking care of patients. I think the doctors I’ve known who have done well over the years and seem to be happier are those who have found a balance and found something that they like doing outside health care. So doctors should find something that they like to do. It doesn’t have to be the accordion; it can be gardening or sailing or whatever. I just think it’s important to find a balance. 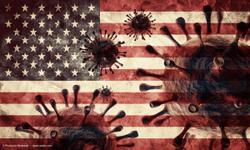 How COVID-19 exacerbates the physician shortage 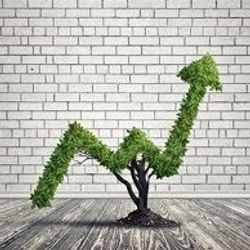 Get your estate planning done now

Don’t give your power of attorney to the wrong person