In addition, the study finds that practices with no Medicaid revenue generally lack the technological and organizational capabilities, such as population health registries required to care for patients with complex needs.

The authors note that one implication of their findings is that Medicaid access may increase as primary care practices consolidate under the ownership of hospital systems, because large systems are better equipped to handle Medicaid’s administrative requirements than an individual practice.

The authors recommend that states and health plans improve Medicaid access by focusing on small practices, particularly by easing or removing their Medicaid-related administrative burden and helping them improve their population health capabilities.

The study, “Avoiding Medicaid: Characteristics of Primary Care Practices with no Medicaid Revenue” appears in the January 2021 issue of Health Affairs. 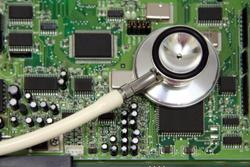 Blockchain technology has the potential to revolutionize healthcare