A bill with bipartisan support in Congress would not only change how Medicare assigns patients to physicians in accountable care organizations (ACOs), but also help patients afford their care and foster use of telemedicine.

A bill with bipartisan support in Congress would not only change how Medicare assigns patients to physicians in accountable care organizations (ACOs), but also help patients afford their care and foster use of telemedicine.

For Jerry Penso, MD, president and chief executive officer of the American Medical Group Association (AMGA), the most important aspect of the bill is how Medicare assigns patients to ACOs. Currently, patients are assigned retrospectively in most ACOs, meaning physicians would deliver care but may not be aware that they are responsible for the cost of that patient’s care until months later, he says. The bill calls for having patients choose their doctors before each patient’s first office visit.

“Prospective assignment would allow physicians in all ACOs to look at patients’ historical data and proactively manage them from day one,” says Penso, a primary care physician. “That gives the physicians the ability to manage population health and understand the medical conditions and services those patients may need.”

John Cuddeback, MD, AMGA’s chief medical informatics officer, says under the current system, patients can get care from any provider organization during the year. When Medicare attributes patients to an ACO retrospectively for cost accountability purposes, it usually does so based on which physician group provided most of the patient’s care during the year. If a patient saw many different providers, his or her medical records could be fragmented among multiple EHRs, making it difficult to manage the patient’s care. Prospective assignment would solve this problem, Cuddeback adds.

U.S. Representatives Peter Welch (D-Vermont) and Diane Black (R-Tennessee) are cosponsoring the ACO Improvement Act. In an interview with Medical Economics, Welch says the bill has a chance to pass Congress and be signed into law this year in part because of its bipartisan support.

The first section of the bill calls for reducing or eliminating costs, such as copayments or deductibles, that some Medicare patients face for primary care services delivered in rural health clinics or Federally Qualified Health Centers. Those costs are a barrier to care, says A. Mark Fendrick, MD, an internist and director of the University of Michigan’s Center for Value-Based Insurance Design.

When he sees some patients, Fendrick is incentivized to recommend certain prescription medications so that he can meet quality-of-care targets such as those that Medicare Advantage plans require. But some patients can’t afford those prescriptions because of high copayments or deductiblese, he adds.

“If Medicare or an insurance company is going to pay me more to recommend certain things for my patients, you better make it easy for my patients to do them,” he says.

One important part of the bill would eliminate the three-day hospitalization threshold that patients must meet before Medicare will pay for care in a nursing home or skilled nursing facility (SNF).

The bill will also lift restrictions that make it difficult for ACOs to get reimbursed for telemedicine and telemonitoring. “The idea is to make it easier for physicians and physician groups to provide care without regard to whether that care is virtual, face to face or in the home or office,” says Ira Nash, MD, senior vice president of Northwell Health, a New York-based ACO.

Joseph Burns is a journalist in Falmouth, Massachusetts. Do you think this bill would help your patients? Tell us at medec@ubm.com. 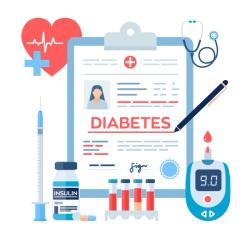