MOC costs and requirements ranks 9th on the list of issues ruining medicine for physicians.

At the end of every year, Medical Economics publishes a list of the top challenges facing physicians. This list is generated by surveying our physician readers.

For this year’s list, we decided to recast the question. Instead of asking what challenges physicians face, our editorial staff wanted to hone in on what issues annoy and frustrate doctors and get in the way of what’s truly important: Treating patients and running practices.

And so we asked physicians in a poll: “What ruining medicine for physicians?”

In our list of the nine issues ruining medicine for physicians, the goal is not to dwell on the negative aspects of working as a physician. Instead, we wanted to show our readers that they share common challenges when dealing with the vexing issues facing primary care in today’s complex healthcare environment. Each piece also offers practical solutions that physicians can start using in their practices today.

Physicians have numerous complaints about maintenance of certification (MOC), with its significant commitment of physician time, effort, and financial expense ranking near the top. In that context, primary care physicians’ perception that much of the information on which they are evaluated is irrelevant to their daily practice amplifies their frustrations.

A recent survey from MDLinx garnered powerful comments from physicians. One respondent wrote: “This is a ridiculous, time-consuming, family-wrecking, practice-interfering, sleep-depriving activity that leads me to want to quit [medicine].”

According to the survey, 62 percent of respondents who took the 10-year exam spent more than three months preparing, while 33 percent of those who chose the Knowledge Check-In exceeded three months of study. Both formats are “open book,” meaning that physicians have access to clinical decision support while taking the assessment.

Meanwhile, 65 percent of physicians who responded to the survey reported that the MOC process added no clinical value to their practice of medicine. Some even argued in their comments that it causes harm. As one respondent wrote: “I found the whole exercise devoid of value, tedious, emotionally taxing, and disruptive. I am a rural physician and travel was required for this exam. MOC significantly contributes to physician burnout and office interruption.”

“It’s clear from the physicians’ responses that preparing for MOC adds to their burnout,” says Sarah Anwar, director of content strategy for MDLinx.

Although MOC is not required in all states, it’s not unusual for hospitals or insurers to mandate that their physicians participate in the program. And in the age of increasingly consumer-directed healthcare, patients frequently use the American Board of Medical Specialties’ (ABMS) website to verify physicians’ board certification or ABMS MOC, says Marianne Green, MD, a board-certified internist who is a member of the ABIM Board of Directors and the ABIM Council.

From that perspective, physicians may receive a return on their investment in MOC. “But the most important reason [to pursue MOC] is our professional obligation to serve patients as best we can,” says Green, who is also an associate professor of medicine and medical education and senior associate dean for medical education at Northwestern University Feinberg School of Medicine.

Nonetheless, she sympathizes with the plight of primary care physicians. “The challenge of being a primary care physician has risen exponentially in the last few years, given the complexity of what we see in our patients, the amount of things we need to do for our patients, and the evidence explosion of the science,” she says. “I understand why physicians are trying to cut [burdens] where they can, but this is not an area where we can cut. It’s critical that we have external assessments that help us understand what we don’t know.”

ABIM has also made a concerted effort in recent years to ease the MOC process, she says. For example, many physicians don’t realize that ABIM has a relationship with the Accreditation Council for Continuing Medical Education (ACCME), under which physicians can get MOC points by performing certain CME activities,  “You can hit a button on the UpToDate site and submit those points for MOC seamlessly,” Green says.

The ABFM has also announced it will pilot a new MOC option in 2019, in which diplomates will receive 25 online questions each quarter. Not only will family physicians who choose the alternative test be able to take it at the time and place of their choosing, but they will be allowed to use clinical references to answer the questions.

Why primary care doctors are leaving revenue on the table 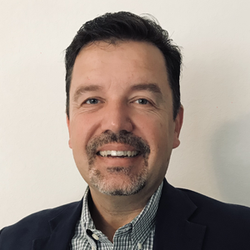