On April 18, primary care practices around the country began attesting to meaningful use of an electronic health record system in hopes of earning $44,000 over five years from the CMS.

The attestation process-a series of questions answered on a Medicare Web site-is designed to show that the physician is using his or her certified EHR system to complete 15 core measures, his or her choice of 5 out of 10 possible menu items, and 6 out of 38 possible Clinical Quality Measures. Some measures are reported with a yes-or-no answer, and others are reported through numerator and denominator numbers.

Just a few miles away from the Universal Studios Resort in Orlando is Southwest Orlando Family Medicine (SOFM), a three-physician practice. Its doctors could earn a total of $132,000 ($44,000 each) over the next five years if they meet all three stages of meaningful use. Measures for stages 2 and 3 have not been finalized.

SOFM's secret weapon, however, is Jason Casorla, the practice's in-house full-time information technology (IT) director. Casorla will be paid much more than the meaningful use incentive, so it will not cover his salary, but his value to the practice isn't just for EHR system help.

"It was very important to us to have Jason there," says Maria DeLeon, MD. "One phone call and he's right there beside you. I could not imagine calling someone else not present at the office to help with the transition."

SOFM adopted its EHR system in 2004, the same year Casorla started, after serving as IT director for a manufacturing company. In February, Casorla had already registered the three physicians on the CMS Web site: http://cms.gov/ehrincentiveprograms. As of April 18, he was scheduled to receive the final software update from his vendor at the end of the month to deliver the data required for the attestation process. CMS permits a third-party to attest to meaningful use for a physician, but each physician must attest individually.

For DeLeon, the real challenge of meeting meaningful use didn't have anything to do with the Medicare requirements that were released last year. Her struggle came back in 2004 when she was the first doctor to go live on the practice's EHR.

"I am not really computer literate," says DeLeon, who had practiced since 1997 with paper records. "I had to start from scratch. It's not like our kids; now they know everything."

SOFM made an initial $200,000 investment in system software and licensing and has spent at least that much since three hardware upgrades and maintenance, says Liza Gonzales, RN, the practice manager and wife of practice founder, Patrick Gonzales, MD.

Aside from the physicians, the practice has three full-time physician assistants and one nurse practitioner who sees 20 to 25 patients a day. Although helpful for generating revenue, the midlevel providers are not eligible for the Medicare meaningful use incentives.

Gonzales attributes much of the financial success to the EHR system, and more specifically, to Casorla, who created customized superbill templates for their major commercial payers and Medicare.

[The insurers] all have different things they pay for," she says. "We streamlined it so our providers don't have to think, 'Should I charge this or not?' It's right in front them."

The revenue growth allowed the practice to build a $9-million, 8,000-square-foot office in 2008 with 21 exam rooms, 4 nursing stations, and a bone-density scanning machine.

Only about 15% of SOFM's patients are insured by Medicare, but that population will grow as the practice recently contracted with a Medicare Advantage plan on the basis that its members would be eligible for meaningful use measures. To be eligible for the full first-year meaningful use incentive of $18,000, a physician must have at least $24,000 in charges for his or her Medicare patients.

DeLeon says she isn't concerned about meeting the meaningful use requirement because the EHR system is already ingrained in her practice.

"It was frustrating at the beginning, but it was all worth it," she says.

U.S. health care will suffer if lawmakers don’t act by end of 2022

That glucose monitor just allowed hackers into your practice 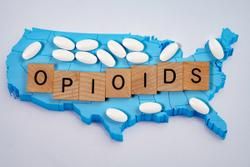