Miscarriage, the loss of a pregnancy, can devastate a family and lead women to erroneously believe they’ve done something to cause it, says Zev Williams, MD, PhD, director of the Columbia University Fertility Center in New York, NY. He says that physicians can help women bust this unfortunate myth and help patients get to the root of pregnancy loss.

“The chance of miscarriage is actually about 25 percent,” he said.

A lot of the respondents believed that things like stress, having an argument with someone or lifting something heavy was the cause of recurrent pregnancy loss. “Overwhelmingly, people tend to blame themselves for a loss, and that’s almost never the case,” he says.

Physicians can put their patients at ease by letting them know they are not to blame, validating their emotions, which, Williams said, can compare to the loss of a child, and by following a set of simple steps to get to the root cause.

“The vast majority of the cases of occasional pregnancy loss are due to chromosomal abnormalities, such as having an extra or a missing chromosome,” Williams explains.

In the case of recurrent pregnancy loss, chromosomal causes are less likely to be the cause, he says.

Williams says there are a lot of steps and processes that have to work perfectly for a woman to have a healthy pregnancy. “Typically the number of losses someone has is also a reflection of how long it took until the cause was identified,” he says.

“The way I think about pregnancy loss is that there are genetic causes and then everything else,” Williams says.

If genetic testing does not reveal a chromosomal disorder, he recommends looking at several things. First, the structure of the uterus, to make sure there are no anomalies, such as a septum, large fibroids or polyps.

Next, it is important to look at hormone levels and also hormone disorders, such as insulin resistance and thyroid disease.

Lastly, if there still are no answers, they can test the parents’ chromosomes to see if there is an anomaly such as a chromosomal balance translocation that can be passed on to a fetus, and lifestyle considerations, though he says these are the least likely to be the cause.

In cases where there is some sort of chromosomal anomaly in either the fetus or the parents, he recommends patients may want to do IVF and test their embryos for these abnormalities. “Then, only put back a healthy embryo, essentially eliminating the risk of another chromosomally abnormal loss,” he says.

Genetic testing can be helpful in providing closure to the couple. “When you can see that the pregnancy was chromosomally abnormal it becomes eminently clear that this pregnancy was fated to be a loss from the moment fertilization occurred. And that alleviates a lot of guilt.”

He says it’s common for those who’ve experienced pregnancy loss to suffer in silence. He makes sure to tell his patients that their pregnancy loss was not due to a deadline at work, or an argument they had. Additionally, he says, “The husband or male partner shouldn’t be ignored in this. They may still feel like it’s the loss of a child and that should be acknowledged.”

Despite the common occurrence of pregnancy loss, Williams is heartened by research that is making a difference. “We’re continuously chipping away at the causes of unexplained pregnancy loss so the success rates now continue to rise.” 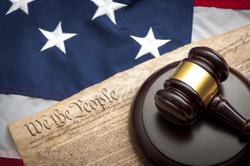