The leading causes of the bump in COVID-19 vaccination are tied to the impact of the disease.

Americans getting the COVID-19 vaccine don’t seem to be motivated by the public health push but more by the real-world impact of the disease.

According to a news release from the Kaiser Family Foundation (KFF), a survey found that 72 percent of adults in the U.S. have received at least one dose of a COVID-19 vaccine up from 67 percent in late July. Of those receiving doses since June 1, 39 percent cited the increase in COVID-19 cases tied to the Delta variant, 38 percent cited reports of local hospitals filling up, and 36 percent said they got the shot because someone they knew became seriously ill or died. More modest portions of the newly vaccinated cited a desire to participate in vaccine-required events, employer mandate, and full Food and Drug Administration approval of the Pfizer vaccine (35 percent, 19 percent, and 15 percent respectively.)

Hispanic adults saw the largest increase in vaccinations increasing 12 percent to 73 percent in September. Young adults aged 18 to 29 also saw an increase of 11 percent to 68 percent, the release says.

“Nothing motivates people to get vaccinated quite like the impact of seeing a family member, friend or neighbor die or become seriously ill with COVID-19, or to worry that your hospital might not be able to save your life if you need it,” Drew Altman, president and CEO of KFF, says in the release “When a theoretical threat becomes a clear and present danger, people are more likely to act to protect themselves and their loved ones.”

This month 2 percent of adults said they plan to get vaccinated “as soon as possible” while an additional 7 percent say that want to “wait and see.” While 4 percent say they’ll be vaccinated if required by work, school, or other activities, only 12 percent now say they will “definitely not” get vaccinated, the release says.

Politics is the largest remaining gap in vaccination, with 90 percent of Democrats having received at least one dose compared to only 58 percent of Republicans. Meanwhile 68 percent of independents say they’re at least partially vaccinated, according to the release.

The push for COVID-19 booster shots has led some portions of the public to view the vaccine with skepticism as one-third of the respondents say that it “shows that the vaccines are not working as well as promised,” and 71 percent say that boosters means that vaccines are not working. An additional two-thirds of unvaccinated Americans say that news of breakthrough infections is a sign that the vaccines don’t work. Meanwhile 62 percent say that the boosters “show that scientists are continuing to find ways to make vaccines more effective,” the release says.

A large majority of fully vaccinated Americans say they will definitely or probably (55 percent and 26 percent respectively) get a booster if it is recommended for people like them. Only a small portion said they will probably not (8 percent) or definitely not get it (5 percent), according to the release.

Last week, the Centers for Disease Control and Prevention (CDC) approved booster shots of the Pfizer COVID-19 vaccine for patients 65 or older, those under 65 with underlying medical conditions, and those under 65 who are at increased risk of COVID-19 exposure due to work or institutional setting.

Yesterday the White House announced that more than 400,000 Americans had received the additional shot and nearly 1 million have scheduled an appointment to receive the extra dose. 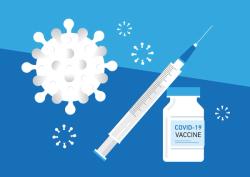 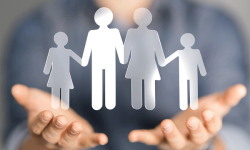