I probably was seeing about 30 patients a day. We started at about 6:30 in the morning and saw patients until 6:30 or 7 at night. It started to affect both my personal life and the personal lives of my staff. And that was when I decided, after seven years in traditional practice, that I needed to make a change.

I don’t even think I knew about concierge medicine at the time. I think a vendor actually called me and asked me to consider it. And as I began to explore that a little bit, it seemed like a really great idea. I was doing some other education that was going to put me in a position to take better care of patients, and I felt that would require more time with each patient. And the structure of my practice at the time was not one that would allow me to do that.

Years as a Concierge Doctor: Six

I actually feel like my time spent is about the same, I feel like I don’t have a big difference in the number of hours that I spend working. However, that’s partly because I now do a lot of things outside the office. I’m doing some teaching and speaking and other things that are medical in nature, because I actually have the time to do them. Now I probably see six to eight patients a day, depending on the season. And I probably take eight or 10 phone calls a day. Concierge has freed me up to pursue other things that I enjoy doing, such as teaching and speaking.

There were lots of challenges. It was about three years from the first time someone mentioned the idea of concierge medicine until I actually made the decision. And I think that was a good decision time frame. For me, I think that was what I needed to be able to make that decision, because it was very difficult to let go of many of my patients. Because I was in private practice, these were my patients who chose to come to me specifically. So these were all people who chose to jump on board with me, and I had built long-term relationships with them. That was really difficult to do, to make that change, and to decide that I was going to have to let them go [if they did not join my concierge practice].

I was also worried that I would not see the same demographic of people that I had seen before. And that really didn’t happen. I think my practice today is about the same demographic as the patients that I saw before. So you’ll be really surprised how many people choose to sign up that you would never have expected and how many people choose not to that you would were sure they were going to be part of your practice. I also was surprised at how many new patients off the street came to the practice [who] were not from my original practice. I have probably half my practice, perhaps more, of new patients who came specifically looking for concierge care.

Probably a couple of things. I would definitely say to every single patient, “I think this is a really good idea for you and me.” Another, and I did this of my own accord and would definitely recommend it, is keeping track of the patients you think you want to scholarship (provide free service or discounts because of financial considerations) until the very end, because so many of them will figure out a way to pay for their care. Wait and then say, “I am actually going to keep you on with a scholarship, and here’s how we’re going to do it.”

I think one of the reasons we get so burned out is because we get frustrated with day-after-day saying to patients, “You’ve got to change your diet,” and people don’t change their diet. But if you’re not sitting down with them and [actually explaining] what that means in detail, they’re not going to do anything different. Seeing patient outcomes improve is probably the best part. Actually seeing patients get better because you invest time in their outcome, and [then] they’ll invest time in their outcome. So I feel like I’m seeing patients getting better than before, because I’m able to figure out what’s wrong with them, where before I just didn’t have the time to figure that out, to ask questions, to listen, to take the time to be present for them like I can now.

“Concierge has freed me up to pursue other things that I enjoy doing.”

We did a lot of research and looked at several competitors and different models that were available. I really wanted to keep the nurse practitioners that I had; they had already established several patient groups that they really cared for and liked. And I thought, why would I let go of that opportunity to keep them? And so part of it was wanting to keep the extra clients [who wanted to] be part of that. Also, I love teaching, I love having a collaborative effort. And being by myself was a little daunting, so it’s nice to have that collaboration with other providers who are thinking about medicine and thinking about how to take better care of patients. The other reason, of course, financially, it came down to what the cost is going to be and what they’re going to do for you after the transition. The first vendor that we interviewed, all the people that I spoke to said, “Well, they really haven’t done anything for us since we did the transition.” But everyone I interviewed who chose Cypress, they all said, “Hey, we really think that this is this great thing that they do. And here’s this other great thing they do. And here’s this other great thing they do.” So it seemed like it was a continuous relationship. And that’s what kept me with them.

The thing that you will fear the most is: Are enough patients going to sign up? And then number two is you fear of letting patients go. I had a mentor speak to me about this. And he said, “You know, think about how many of those patients, if you were to die today, how many would actually show up at your funeral?” I can bet you at least half of my patients would show up because we’ve built these relationships that are so much better. I can’t explain that enough, that it’s a totally different relationship than what I had before.

Editor's note: This transcript was edited for length and clarity. 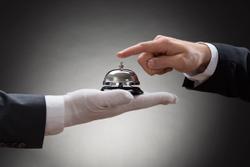 Pivot to Concierge: Will personalized membership practices redefine medicine in 2022? 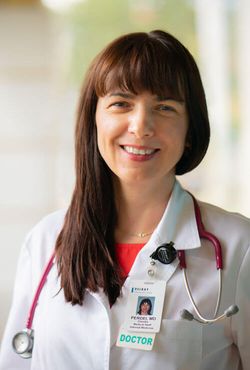 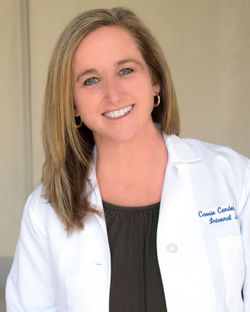