We had a thriving, busy, exciting, action-packed, solo, freestanding, independent internal medicine practice that had been built over probably the previous 13 or 14 years. We had plenty of patients, but very little time to see them. So we were actually doing extremely well.

In fact, when I sat down with some of the concierge companies over the years, the numbers looked just fine. And the question was, “Why do you want to go into concierge medicine [when] your practice is thriving?” And my response was, “There’s just not enough time to see folks. We may be doing well here, but we’re still living in a world of corporate medicine.”

When I practice internal medicine, I feel like I need a little bit more time maybe than a specialist who can zoom from room to room with two or three medical assistants at their side. Pre–COVID-19, we sat down here in the office and had a lot of face-to-face time with patients. I found that with a volume practice, we just didn’t have the time to do that.

It was time. Like I said, we were running a thriving practice. But the only way to sustain that was to keep seeing more and more patients every day. And that was not a sustainable model — it may have been sustainable on paper from a dollars-and-cents standpoint — but from a from a general well-being standpoint, and being actually able to practice the kind of medicine that I want to practice, it wasn’t.

Who is Alan R. Morrison, DO?

Years as a Concierge Doctor: 1.5

It’s night and day. I have time now. It’s a bit difficult to compare because (the practice models are) completely different, A concierge practice is not the same as a volume-based practice. There’s time to talk to folks, and particularly as we moved into the COVID-19 era, I don’t know how having thousands of patients on the books would have worked, as opposed to having a whole lot less than that on the books to communicate with that many people remotely. Because, as you know, we’d gone completely remote, and now we’re integrating people into the office very carefully.

It’s a huge leap of faith. Not a lot of people talk about that. It’s a huge leap of faith going from what you’re familiar with, what you’ve built over the majority of your career and saying to yourself, “Okay, I’m going to risk it all. I’m going roll the dice and see if people are going to do this.” You’re counting on that relationship that you have with folks, to be that glue that keeps them connected. And some people value that relationship and see the value in staying on with a physician [such as] myself. Others don’t. And I totally understood that. But a personal challenge in there was getting to the point to understand that there’s a lot of rejection involved in going into a concierge medical practice. And learning that it’s not a personal thing is important. People are making decisions based on what they value and how they handle their health care, and I respect that. So we had to say goodbye to a lot of people who didn’t want to stay on board, which was difficult. That was a challenge.

Gosh, I don’t know that I would do anything differently. I think the process that Castle Connolly has laid out is excellent. They have tools that are at your disposal for connecting with individuals, if you want to use them, or if you don’t want to use them. The main ingredient for me, at least in my opinion, was having the right member adviser here on site helping with the transition.

I’m off the hamster wheel, I can say that confidently. My career satisfaction is off the charts. I’m much happier than I used to be. And I’m not only just happy with the time I have to spend with people here in the office. I can do the kind of job I want to do as a physician, which is really not just the nuts and bolts of medicine, it’s really the building the relationships of medicine and getting to know people. And you can’t do that in in five minutes, seven minutes or 10 minutes, when you’re trying to get to the next patient or thinking about the two or three other patients in other rooms. I’m going to take up some hobbies because I have so much free time now.

It was probably summer of 2018, and I received a postcard in the mail from a Castle Connolly

Private Health Partners. I looked at it and said, “I don’t know these guys,” and I threw it away. Then I received another one, and said, “Maybe check them out.” It didn’t take long for me to realize this was a small company and they were people who were dedicated to what they were doing. I felt very comfortable, as I got to know them, that this was a perfect match, not only from a business standpoint, but from the offerings that were there. I like to tell people these days, we were doing telehealth before telehealth was cool. That was always part of the model. So, along with that, was health coaching and the benefit of having a personalized health coach who can help patients meet their health goals from weight loss to sleeping better, to dealing with anxiety better, just someone to help you along and coach you on a regular basis. And that was not something I heard anywhere else; that was very appealing to my style of practice.

Find the right partner and know who’s out there. If that right partner [means] doing it on your own, then do it on your own. Concierge is certainly a way to stay independent in a world of corporate medicine. It’s a way to be able to be yourself, to practice the way we were trained to practice, to have relationships with people. That’s how I envisioned practicing. And that’s how I’m practicing now.

Editor's note: This transcript was edited for length and clarity. 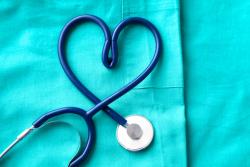 Opening your business as a direct care practice 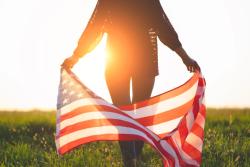