If one HIT group has its way, you could be punished for failing to implement the coding system in time. Learn who says arguments for delays don't hold water, and why.

The American Health Information Management Association (AHIMA) has asked the U.S. Department of Health and Human Services (HHS) not to delay the implementation of the International Statistical Classification of Diseases and Related Health Problems, 10th Revision (ICD-10), system, but says if a delay is necessary, it should not go beyond another year.

“The U.S. healthcare industry has known for at least 15 years that ICD-10-CM/PCS (Clinical Modification/Procedure Coding System) would be adopted as a replacement for the severely outdated and ‘broken’ ICD-9-CM code set,” AHIMA wrote in its comments to HHS. “Until the ICD-10-CM/PCS code sets are implemented, U.S. health data will continue to deteriorate, at a time when there is an increasing number of data-dependent healthcare initiatives aimed at improving value. The value of these initiatives will be diminished if the data output is represented by an antiquated code set.”

If the 1-year delay that has been proposed is necessary, it should not go beyond October 2014, and those who have not complied with the new code system by then should be penalized, AHIMA writes.

Acknowledging the challenges involved in switching to the new system, AHIMA asked HHS and the Centers for Medicare and Medicaid Services (CMS) to continue offering education and outreach services to those struggling to comply with the new coding system requirements.

The letter echoes the sentiments of industry experts, shared in a recent issue of the Journal of AHIMA (JAHIMA), criticizing the delay in implementing the ICD-10 system. The article was written in rebuttal to a March article in Health Affairs that encouraged the delay and even suggested waiting for ICD-11.

Bowman and Averill assert that the Health Affairs article offeredtoo many criticisms of ICD-10 without providing substantial evidence to support them.

Public and industry comments spurred the 1-year delay, and the switch from ICD-9 to ICD-10 already is more than a decade overdue, the response suggests. Waiting for ICD-11-which likely would take at least another decade-would “seriously jeopardize this country’s ability to evaluate quality and control healthcare costs,” the response states.

Although the Health Affairs article calls the increased number of codes in the ICD-10 system “clutter,” the JAHIMA article contends that the ICD-9 system results in the use of multiple codes to describe a single procedure.

“The clinical detail incorporated into ICD-10-CM was not added arbitrarily, but at the request of the medical community and other users of health information because it was felt to be clinically relevant and meaningful for a variety of secondary uses of coded data,” the JAHIMA article states.

Although initially opposed to any delay, AHIMA agrees that the 1-year delay is a reasonable compromise that allows sufficient time for implementation and minimizing the financial effect while moving the country toward a more modern diagnostic and procedure coding system.

Read the full response at http://journal.ahima.org/2012/04/30/report-there-are-critical-reasons-for-not-further-delaying-the-implementation-of-the-new-icd-10-coding-system/.

ICD-10 delay: Something else to debate

The economy of longevity advisory 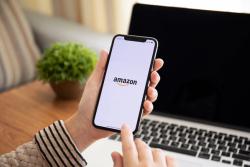