National health care spending expected to fall in next 20 years

Deloitte sees health spending as a percentage of GDP to slow due to new technologies, early disease detection, and engaged patients.

While the portion of the nation’s gross domestic product (GDP) spent on health care is expected to continue growing, a new report expects that growth to slow over the next 20 years.

According to the report from Deloitte, the 5.3 percent annual rate of increase projected by the Centers for Medicare & Medicaid Services (CMS) Office of the Actuary, which would see an increase from the $3.8 trillion in spending in 2019 to a whopping $11.8 trillion by 2040, is unlikely to endure. The company expects emerging technologies, the ability to cure and prevent disease, as well as the highly engaged patients.

Despite working with pre-pandemic data, Deloitte expects that spending growth will decelerate and three realities will take shape between now and 2040:

“While Deloitte’s projection runs counter to historic trends, we believe the U.S. health care system has already entered the first stage of the Future of Health—a dramatic transformation that we expect will take place over the next 20 years,” the report says. “This future will likely be driven by new business models, scientific and technological breakthroughs, consumers armed with highly personalized data, and regulations that encourage change. We see this as an unstoppable transformation, meaning that it will happen regardless of policy or the actions of individual stakeholders.” 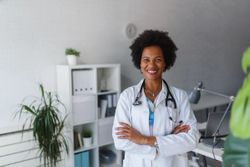 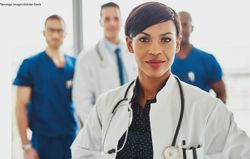 Prepare your practice for a private equity transaction