It’s not moral injury: It’s burnout (or something else)

The use of this term moral injury and the importation of this concept from the military should be done with caution and humility, if at all.

Many experts say that physicians are experiencing burnout, which is characterized by emotional exhaustion, depersonalization, and a sense of reduced accomplishment. In fact, burnout is reported in 40 to 80 percent of physicians and residents. Many causes for burnout have been offered, including hours worked, loss of autonomy, and the EHR.

One indication of the turmoil is the proliferation of articles and discussions about burnout among physicians. The term “burnout” is credited to Herbert Freudenberger in his 1975 article “The staff burn-out syndrome in alternative institutions.” The term “physician burnout,”related to residents, and physicians, first appeared as early as 1981 in the American Medical News. Many more articles about burnout in medicine appeared in the 1990’s starting with descriptions of burnout related to the practice of oncology. The sustained number of recent physician-burnout related articles attests to the ubiquity and urgency of the topic. But  the validity, nature, and usefulness of the burnout concept is being questioned. Several articles have suggested that “moral injury,” not burnout, is the essence of current physician distress.

The origins of moral injury

Moral injury is characterized as the result of being forced to engage in actions contrary to one’s moral values. In healthcare, moral injury is cast as the result of problems with healthcare systems that force physicians to provide care that is compromised and thus conflicts with their values of quality care. This perspective blames stresses from the systems for physician distress and emphatically states that their distress is not due to a lack of resilience, which the term burnout implies.This application of moral injury echoes, but is different from the related concept of “moral distress” (also called “moral regret” and “moral residue”) in nursing, which occurs when a nurse knows the morally correct action but is constrained from doing that action.

The term moral injury, however, has been appropriated from the military, with special emphasis on currently returning veterans. The origin of the concept is attributed to psychiatrist Jonathan Shay who spent over twenty years working in the Veterans’ Administration.

It should be easy to understand how the requirements, brutality, and devastation of modern war can create moral dilemmas for soldiers. It is reported that 28 percent of service members have acknowledged that they faced ethical situations in which they did not know how to respond.

It is not clear, however, why there is a sudden interest in “moral injury” as a replacement for “burnout” in the medical literature. Perhaps it is a sincere attempt to clarify the turmoil physicians have been experiencing as medicine continues to change. Perhaps it is a dramatic phrase to draw greater attention to physician concerns. Perhaps it is more complimentary and ego-syntonic than a diagnosis of burnout or depression. Perhaps it stems from a need to publish something new in this area and burnout is old news. Perhaps it is something to do and to write about in the face of limited potency to find solutions that can move powerful financial interests and political complexities.

Whatever the reason, the use of this term and the importation of this concept from the military should be done with caution and humility, if at all. There are several reasons for this hesitancy.

First, while the existence, nature, and impact of burnout has been thoroughly researched, methods to accurately and objectively define and assess moral injury in healthcare and, as a result, data on its prevalence, seem absent. A recent study attempted to delineate moral injury in medical students, but, while well-intentioned, it consisted of a qualitative analysis of thematic overlap from a focus group methodology with a total of five students. Even the military is continuing to devise measures of moral injury and determine the exact prevalence.

Second, there is a fervor and evangelistic tone to the descriptions of moral injury in medicine that seems excessive. For example, a YouTube video by ZDoggMDentitled “Stop Saying Burnout” could be described either as a passionate manifesto or a profanity-laced rant, while Patricia Wible, MD, has written that healthcare systems would rather “celebrate  their new chief wellness officer and meditation garden” than take real responsibility. She further states that her goal is “debunking burnout as a victim blamingbuzzword thatprolongs physician agony by avoiding the real issue leading to physician despair.”

What is of concern is that these viewpoints minimize other approaches to mitigating the negative impact of contemporary challenges to physicians. This view contends that offending stresses need to be modified rather than  individual’s coping skills. A typical metaphor used is that if you are being punched in the face, the best strategy is to remove the aggressor and stop the punching. There can be no quarrel that injustices, inequities, and bad practices should be addressed; but until that happens and while you are being punched in the face, it is best to maximize your self-defense skills.

It should be further recognized that these often maligned skills and practices, like yoga and meditation, have long histories of being used for resilience training and/or performance enhancement, especially in stressful situations. Yoga has roots in the training of warriors as a means to learn tolerance of discomfort (difficult positions), enhance concentration and focus, and develop discipline.  Meditation and mindfulness techniques have shown value as performance optimizing skills.  Their belittlement is without basis.

Third and perhaps most important, the usurping the term “moral injury” from military trauma is just inappropriate. It can be convincingly argued that a similar importation of the concept of post-traumatic stress from the military to civilian traumas has advanced knowledge and provided unique critical treatment to civilians. Initially recognized as a result of combat, equivalent impact became recognized in survivors of natural or man-made disasters, assaults, or motor vehicle accidents.

However, this is different from adopting the concept of moral injury because these traumatic situations at least share an emotional intensity, unpredictability, and inescapabilty which are not found in the (very real) frustrations of medical practice. Both military and civilian post-traumatic stress disorders, at their core, involve events of intense threat, fear, and horror. It must be asked if there really is an equivalency between the conditions that create moral injury in military personnel and those creating distress in physicians. Is what is called “pajama time” really the equivalent of involvement in the carnage of war?

Certainly the current emphasis on metrics and complications of reimbursement which result in less patient time and more administrative burdens is frustrating. These forces may even result in demoralization, but is it an injury? Current medical practice is certainly replete with ethical challenges and dilemmas, conflicts of values, and practice frustrations. But even without the current socio-political system pressures many of these moral quandaries, or even ethical fractures, would and will continue to exist.

Perhaps the most egregious aspect of applying the moral injury of war to the practice of medicine is that it demeans and trivializes what the soldier has experienced. It becomes even more condescending when a limited metaphor becomes crystallized, as in “Physicians on the front lines of health care today are sometimes described as going to battle. It’s an apt metaphor”.

It is not. There are, of course, military physicians who are on the frontlines and in battle; but this discussion is not about them as they have their own legitimacy and unique set of potential moral injuries. The civilian physician’s “war” is thought of as going to battle with the insurance companies, fighting for authorization for a patient, etc. This is being an advocate and the action is advocacy, not war or warriorship.

The further concern is that the “slide” from being in metaphorical battle to assuming the mantle of being a warrior is a short one. Let’s not confuse the social metaphorical use of terms like weekend warrior, word warrior, kids as little warriors, with reality.

Whatever similarities may exist between the duties of military, police, and firefighters and those of the physician, the differences are greater. Upon seeking admission to one state police academy, applicants are asked to seriously consider three questions: Are you willing to save a life? Are you willing to take a life? Are you willing to give up your life? Save for the first question which is central to medicine, the other two questions are never asked or expected of physicians. (Moral distress has been reported in physicians involved with  euthanasia, but this is not EHR frustration.)

It is probably important to, at least briefly, note that the term “warrior” is often misunderstood. Warriors are not robotic killing machines. True warriors have a well-developed ethos and a compassion for those they defend and respect for those who they fight.  There is a legacy that distinguishes the warrior from war and what has been called the sacred path of the warrior is steeped in moral tradition. The ethos of the warrior includes moral courage, devotion, decisiveness, and a willingness to risk one’s life. Again, there are similarities, but differences loom large. While physician ethos commands “above all do no harm,” there are times when the warrior ethos requires the infliction of harm and death.

A more appropriate characterization is that physicians and surgeons are part of the HERO professions. HERO stands for High Expectation and (high) Risk Occupation. Patients have high expectations of physicians, especially when there is high risk to their own well-being. But, even here, physicians as HEROs are distinguished from warriors in that the risk is rarely to themselves as it is in the other professions.

Just as it has been reported that PTSD is not the same as moral injury, burnout is not moral injury. While the frustrations, anger, physical effects, and even demoralization of a complex burdensome system may be very real, they need not create an injury. They more likely represent associations with burnout than reasons to discard the concept. Clearly something exists that the term burnout represents.

Introducing a concept as a semantic replacement without much empirical basis seems to be without  merit. How long will it be until another term/concept is suggested to replace moral injury? In fact, it has already been set forth by Dr. Pamela Wible in : Not “Burnout,” not moral injury – human rights violations. In a similar manner, importing the term “second victim syndrome” for physicians who make a clinical error has been attempted, but has also been criticized.

Rather than importing another profession’s concept, it seems more fruitful to fully refine and understand the ethical challenges physicians face and their impact and then focus on the answers and solutions. Some useful approaches have been proposed. By all means, address the impacts of systemic and organizational issues, but avoid ridiculing those techniques that have proven beneficial to many.

Pressures are real. The impact is real. The need for system improvement is real. Moral distress is real. Ethical dilemmas are real. Also real is the need to focus on education, training, and solutions to the unique distresses and challenges in healthcare rather than complicating terminology by coveting another profession’s emotional and existential pain.

Michael J. Asken, Ph.D. is the Director of Provider Well-Being at UPMC Pinnacle in Harrisburg, PA. Correspondence may addressed to him at masken@pinnaclehealth.org.

Disclosures: Dr. Asken reports no conflicts of interest related to this article. 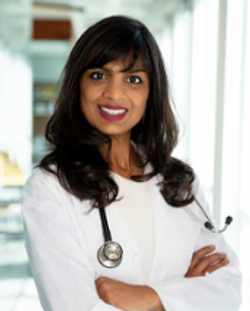 Why the Most Important Qualification for a New Doctor is Empathy