The importance of HPV vaccines in preventing cervical cancer

The human papilloma virus (HPV) is so prevalent in the United States, that some experts compare its infection rates to the common cold, according to Susan Modesitt, MD, a professor and the director of Gynecologic Oncology at the University of Virginia, in Charlottesville, Va.

Modesitt, who treats women with cervical cancer, finds it frustrating that the vaccination rates are so low when “over 80 million people are currently infected with HPV in the U.S., and you have an over 80 percent chance of being infected in your lifetime,” she says.

The Gardasil vaccine for HPV was approved for clinical use in 2006, but, she says, “We have failed in the United States to take advantage of it.” She compares the U.S. to Australia, which has over 80 percent vaccination rate for HPV, and has seen a 77 percent reduction in the HPV types that cause 75 percent of cervical cancer.

She fears that one part of the low HPV vaccine rates is misinformation spread through “social media outcry,” that the vaccine causes harm, even though most of those claims have been debunked. While she acknowledges that any vaccine can pose a risk of reaction such as anaphylaxis for a small subset of people, other than a common, localized skin reaction, there has been no increased rates of harm with the HPV vaccine, Modesitt says.

Another part of the reluctance for parents is that they may associate the vaccine with sexual activity, a topic that many are uncomfortable discussing. The vaccine is approved for use in children as young as 9, though she feels the most appropriate time to give it will be between ages 11 and 12, when kids are getting their middle school vaccinations. This is ideal, she says, because it has the potential to protect them before they are exposed to the virus. Though she does make clear that the virus is not only sexually transmitted-any close physical contact of body parts could potentially pass it on.

The latest iteration of the vaccine has just been recently FDA approved for adults ages 27 to 45. Modesitt recommends adults who have not been previously vaccinated to consider getting it. For all adults, even those outside of the vaccination age, she urges regular screening. “Most of our failures in women diagnosed with cervical cancer are failures to screen, not that screening tests failed to pick up the cancer,” she says.

She feels that physicians need to work harder to destigmatize the vaccine and make it part of routine bundle of care to prevent disease. They should also recommend continuation of regular cervical cancer screenings for all women regardless of vaccination status, regardless of whether one has tested positive for HPV in the past. This includes people who over 45, the oldest end of the spectrum for the vaccine.

However, Modesitt also urges all women not to wait for their physicians bring it up, but to be proactive in asking about cervical cancer screening and HPV vaccination. “Physicians are under the gun and may not have enough time to talk with patients about every single thing. It’s also up to women to make sure they get the care they need to prevent or identify HPV related cancers,” she says.

Modesitt would like to see the U.S. catch up to Australia in prevention rates. “I’m hoping in the next ten years we’ll see an impact,” Modesitt says. “I would like to be out of the business of cervical cancer for good.” 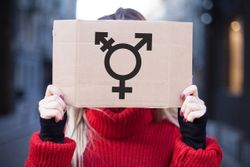 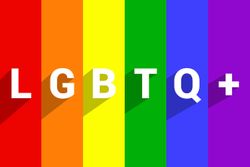