How to lower your monthly rent during a lease renewal negotiation

This is crucial as more than 80 percent of healthcare providers lease office space.

Did you know: More than 80 percent of healthcare providers lease their office space. Which means more lease renewals occur annually than any other commercial real estate transaction. Unfortunately, it tends to mean that healthcare providers lose more money in lease renewal negotiations than any other transaction in commercial real estate.

Since healthcare real estate is the second highest expense behind payroll for the majority of practices, it’s imperative that providers approach every lease renewal negotiation with an intentional strategy, with the goal of reducing overhead, while improving cashflow and profitability.

Because healthcare providers are busy running their practices, taking care of patients, managing financial and working with staff, preparing for an upcoming lease renewal negotiation is rarely cause for excitement, pushing the conversation until a landlord requires it. The problem with this approach is that landlords anticipate the situation and have a game plan for capitalizing on the transaction, which could mean overcharging a practice by tens to hundreds of thousands of dollars over the next five- to 10-year lease term.

In the most competitive business landscape the healthcare industry has ever seen, it’s crucial to stop and take a few minutes to understand how to swing the pendulum in your favor, which can mean reducing a monthly lease rate instead of increasing it.

While there are numerous strategies that will strengthen your odds, let’s look at one simple negotiation tactic that puts you in the strongest position possible.

DO NOT ASK YOUR LANDLORD FOR A PROPOSAL

While that statement may seem highly unusual, the logic is there. By asking for a proposal or saying, “What would you be willing to offer if I renewed my lease?,” you’ re telling your landlord that you don’t know the current real estate market and haven’t done your due diligence. You’re making it clear that you haven’t hired an expert agent who is advising you and handling the process. You’re allowing the landlord to set the tempo and signaling that you’re likely willing to accept dramatically inferior terms.

Stop and compare that approach to one of a national corporation with an upcoming lease renewal negotiation. A minimum of 12 months prior to a company’s lease expiring, they would hire an expert commercial real estate advisor who understands their unique needs and has significant experience representing similar businesses. The advisor would take that company to the market and fully educate them on all of their options by negotiating with multiple landlords and property owners. What could they achieve if they were to relocate to a new property and what top properties are available? The advisor would show them property options to lease and purchase, giving them maximum control of their future. The end result: A savvy company that knows exactly what they would be willing to pay if they stayed and renewed their lease or if they relocated to a new property (as well as the types and amounts of concessions they should expect to receive from their current landlord if they renewed).

Next, the company’s advisor would contact the landlord—before the landlord contacts them. This speaks to intentionality and being ahead of the curve, not behind it. When the advisor informs the landlord that their client (a savvy company) has multiple properties vying for them as tenants, the current landlord understands they’re dealing with a fellow expert and on a level playing field.

The landlord now expects to receive a proposal from the savvy company’s advisor that includes terms that are highly competitive with what other landlords and property owners are offering.

The entire process is now flipped.

The landlord is now competing with the market and no longer able to dominate negotiations or force the tenant to eventually sign a deal that on their terms. Most importantly, if the current landlord doesn’t bring a competitive offer, they’ll likely lose the deal and be faced with vacancy.

When landlords could have kept a blue-chip tenant like healthcare provider (one that has less than a 1-percent chance of defaulting on their lease), they won't want to lose the deal by pushing an above market lease rate. Most landlords at this point will stop playing games and respond to the offer they receive from the savvy company’s advisor with competitive terms.

The end result: Most likely a decrease in lease rate. Most leases include an annual increase that outpaces inflation, and the majority of leases expire at lease rates that are higher than the landlord is currently leasing new spaces at to new tenants. Additionally, landlords provide legitimate concessions even on lease renewals to existing tenants—when they know they have to do so to be competitive. When a landlord knows they’re negotiating with an expert, they’re willing to bring the lease rate back down to a market number, resulting in monthly rent savings.

That's one simple step (not asking the landlord to send you a proposal) that can change the entire dynamic of the negotiation. Your goal during any commercial real estate transaction is to emulate savvy companies and capitalize on every opportunity. Start by hiring an expert commercial real estate advisor who will protect you, put your interests first, and ensure you’re not taken advantage of, especially during your next lease renewal negotiation. Bottom line, your advisor should always be the party who submits the first offer.

CARR is the nation’s leading provider of commercial real estate services for healthcare tenants and buyers. Every year, thousands of healthcare practices trust CARR to achieve the most favorable terms on their lease and purchase negotiations. CARR’s team of experts assist with start-ups, lease renewals, expansions, relocations, additional offices, purchases, and practice transitions. Healthcare practices choose CARR to save them a substantial amount of time and money; while ensuring their interests are always first.

Visit CARR.US to learn more about our expert representation services. 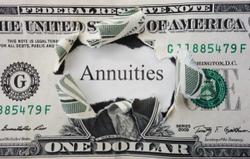 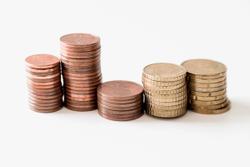 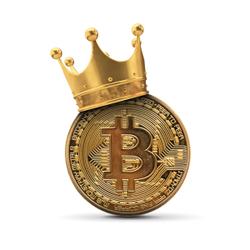